Interference is what happens when two or more waves meet each other. Depending on the alignment of peaks and troughs of the overlapping waves, they might add up, or they can partially or entirely cancel each other. In Physics, interference is defined as

The phenomenon in which two or more waves superpose to form a resultant wave of greater, lower or the same amplitude.

The interference of waves results in the medium taking shape resulting from the net effect of the two individual waves. To better understand, let us consider the example of two pulses of the same amplitude travelling in different directions along with the same medium. Let us consider each displaced upward by 1 unit at its crest and has the shape of a sine wave. As these sine pulses move towards each other, there will be a moment in time when they are completely overlapped. At this point, the shape of the medium would be an upward displaced sine wave with an amplitude of 2 units.

The figure illustrates the before and during interference snapshots of the medium of two pulses. The individual sine pulses are drawn in pink and blue and the resulting wave is green in colour.
The principle of superposition of waves states that when two or more waves of the same type are incident on the same point, the resultant amplitude at that point is equal to the vector sum of the amplitudes of the individual waves. If the crest of a wave meets the crest of another wave of the same frequency at the same point, then the resultant amplitude is the sum of individual amplitudes – this is known as constructive interference. Similarly, if the crest of a wave meets the trough of another wave, then the resultant amplitude is equal to the difference in the individual amplitudes – this is known as destructive interference. The formula for the sum of two waves can be derived as follows:

The amplitude of a sinusoidal wave travelling to the right along the x-axis is given by,

Where A is the peak amplitude, k = 2π/λ is the wavenumber and ω = 2πf is the angular frequency of the wave.

Consider another wave of the same frequency and amplitude but with a different phase travelling to the right.

where φ is the phase difference between the waves in radians

The two waves superimpose and add; the resultant wave is given by the equation,

The sum of two cosines is given by the equation,

Solving equation (1) using the formula, we get

Answer:
Constructive Interference: A and B 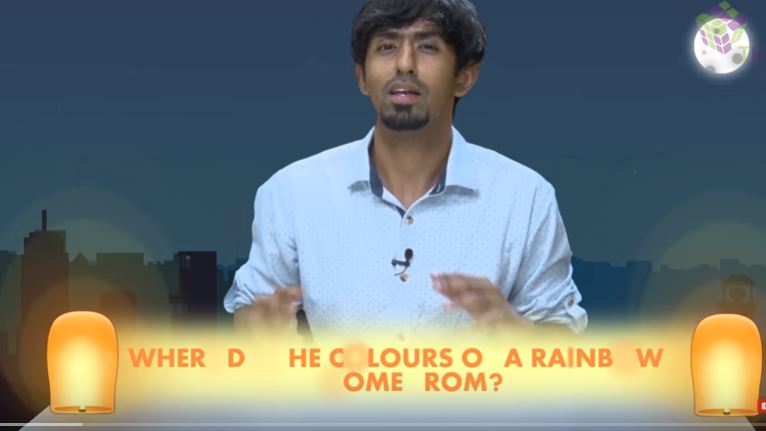