Soon after Rutherford’s scattering theory had been confirmed by experiment (about 1913), the one-to-one association of an atomic number Z with each element was solidified by the work of Henry Moseley (1887- 1915). He used Bohr’s model of atomic structure to determine the energy emitted when low-level electrons change orbitals. This energy has a strong dependence on an atomic number so that by measuring the energy of the x-rays characteristic of an element, its atomic number Z can be unambiguously determined. In today’s lab, you will measure the x-ray spectra of a number of elements and also identify several unknown elements by looking at their characteristic x-ray spectra.

Moseley’s law is an empirical law concerning the characteristic x-rays that are emitted by atoms. The law was discovered and published by the English physicist Henry Moseley in 1913. A widespread simplification is an idea that the effective charge of the nucleus decreases by 1 when it is being screened by an unpaired electron that remains behind in the K-shell. In any case, Bohr’s formula for Moseley’s K-alpha X-ray transitions became: 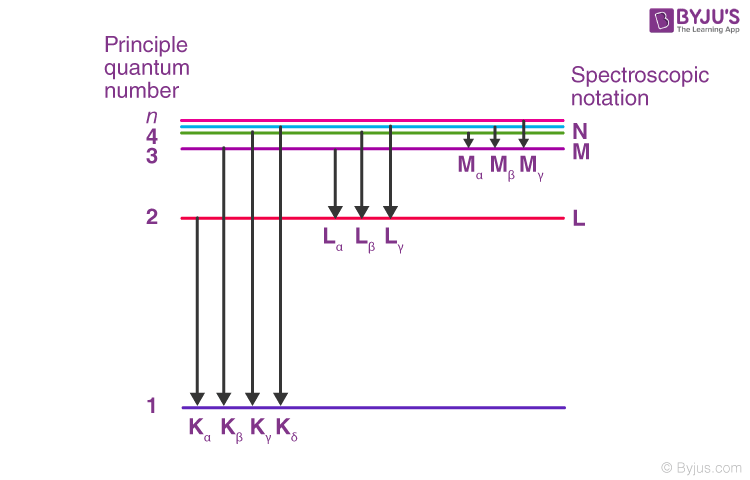