Motion of a charged particle in magnetic field

Here, the magnetic force is directed towards the center of circular motion undergone by the object and acts as a centripetal force. Thus, if v and B are perpendicular to each other, the particle describes a circle. In other cases, when a component of velocity is present along the direction of the magnetic field B, then its magnitude remains unchanged throughout the motion, as no effect of a magnetic field is felt upon it. Also, the motion due to the perpendicular component of the velocity is circular in nature, as discussed above. The resulting motion due to the two components is a helical motion, as shown in the image below. 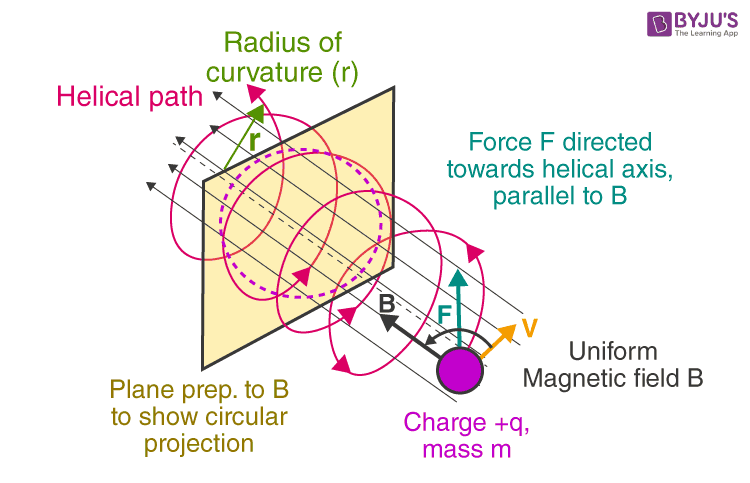 As the radius of the circular path of the particle is r, the centripetal force acting perpendicular to it towards the center can be given as,

Equating the two, we get,

Here, r gives the radius of the circle described by the particle. Also, if we write the angular frequency of the particle as ω, then we can write,

Here, v is the frequency of rotation of the particle. The time for one revolution can be given as,

The distance moved by the particle along the direction of the magnetic field in one rotation is given by its pitch.

Where vp is the velocity parallel to the magnetic field. 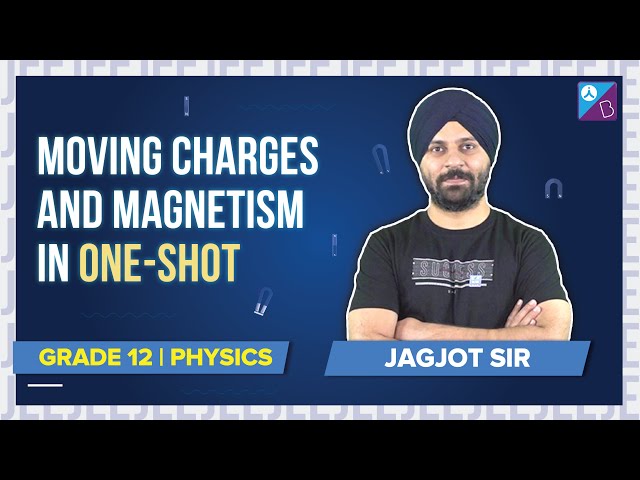 To know more about the motion of charged particles in a magnetic field, click on the video below. 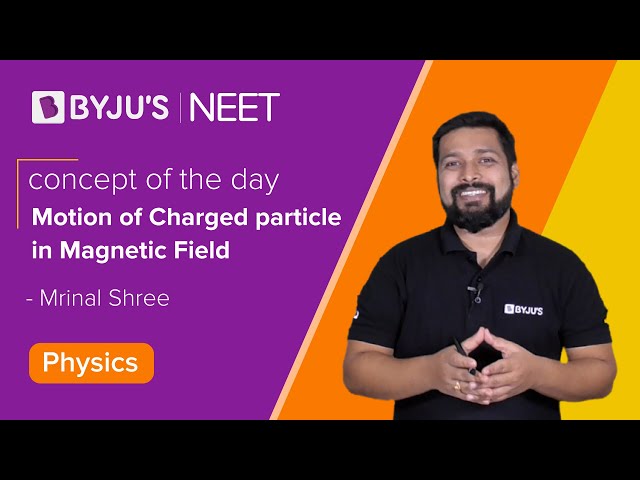 What is magnetic force?

The magnetic force between two moving charges may be described as the effect exerted upon either charge by a magnetic field created by the other.

Yes, there are magnetic fields in space. The spiral arms of the Milky Way seem to have some very large-scale organised magnetic field on the basis of studies of large numbers of pulsars and the polarisation of their radio signals. Interstellar dust clouds have been found to have magnetic fields. As these clouds collapse, the fields are amplified.

What is Lorentz force?

Lorentz force is defined as the combination of the magnetic and electric force on a point charge due to electromagnetic fields. It is used in electromagnetism and is also known as the electromagnetic force. In the year 1895, Hendrik Lorentz derived the modern formula of Lorentz force.
Test your Knowledge on Motion Charged Particle Magnetic Field
Q5