Neptune - The Other Blue Planet

Neptune is a fascinating world, and not much is known about it. Perhaps, it is because Neptune is the most distant planet from the sun. Very few exploratory missions have ventured that far. Regardless, it is a planet full of wonder. It is the only planet in the solar system that is found by mathematical prediction rather than empirical observation. In this article, we discuss the nature of Neptune and more.

In Roman mythology, Neptune is the god of the sea. The planet is seemingly named after the sea god owing to its blue colour. After the discovery of Neptune, it was observed that its orbit was not in accordance with Newton’s law. It was, therefore, predicted that there must be another distant planet perturbing Uranus’s orbit. Neptune was first observed by Galle and Le Verrier from calculations based on the observed position of Jupiter, Saturn, and Uranus.

Centuries earlier, in 1613, Galileo observed Neptune when it happened to be very near to Jupiter. But Galileo disregarded it as a star. On two successive nights, he noticed that it moved slightly with respect to a nearby star. But on subsequent nights, due to cloudy skies, it was out of his field of view. Voyager 2 is the only spacecraft that has visited Neptune. Much of what we know today comes from this single encounter.

Neptune is dark, cold, and windy. It’s the last of planets in our solar system. The composition of Neptune is similar to Uranus – ice and rock with about 15% hydrogen and a little helium. Its atmosphere is made up of hydrogen, helium, and methane. Neptune’s blue colour is primarily due to the absorption of red light by methane in the atmosphere. Neptune winds are the fastest in the solar system reaching a speed of 2000 km/hr.

Neptune is known to have 14 moons; 7 named one. The table below shows the list of satellites and rings of Neptune.

Until another plan is crafted to visit Neptune, researchers will have to satisfy their curiosity from afar capitalizing on observations from the Hubble Space Telescope as well as telescopes that have their bases firmly planted on the ground. 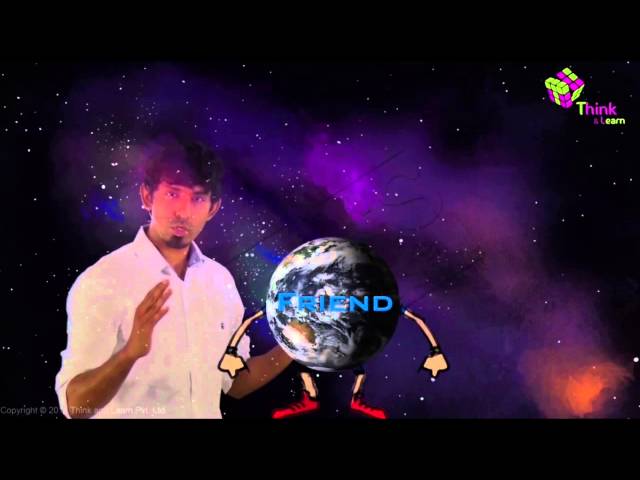 How many moons does Neptune have?

Neptune is known to have 14 moons.

What are the different stages of the life cycle of stars?

Different stages of life cycle of stars are:

What is a planet?

A Planet is an astronomical body orbiting a star or stellar remnant that is massive enough to be rounded by its gravity, is not massive enough to cause thermonuclear fusion, and has cleared its neighbouring region of planetesimals.

Why don’t the planets twinkle?

Planets are much closer to us than the stars. Because they are closer to us they appear much bigger and the light appears to come from more than one point..

Asteroids are big chunks of rock or metal that are mostly found orbiting the Sun between Mars and Jupiter. It is believed that these moons did not originally orbit Mars, but were instead a part of the Asteroid belt.
Test your Knowledge on Neptune
Q5