Relation Between Pressure And Density

The pressure is the measure of force acting on a unit area. Density is the measure of how closely any given entity is packed, or it is the ratio of the mass of the entity to its volume. The relation between pressure and density is direct. Change in pressure will be reflected in a change in density and vice-versa. 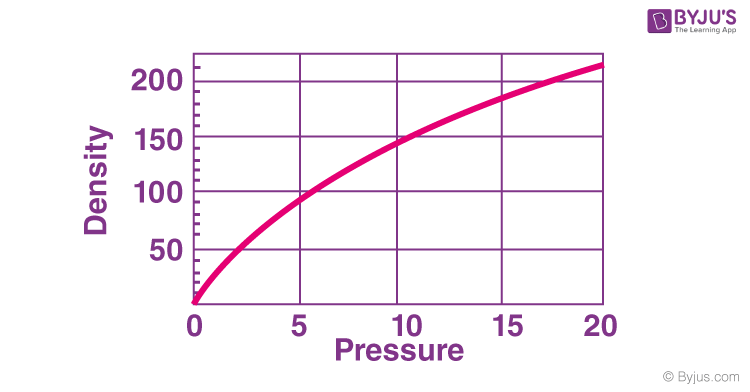 The pressure and density relation are direct. That is, the pressure is directly proportional to density. Which means that –

In thermodynamics, the relation between pressure and density is expressed through equation of states for ideal gases. Consider an ideal gas with

Combining both we get-

Dividing both sides by mass m we get-

Substituting specific volume in equation(1) we get-

In thermodynamics, the pressure of a fluid is given by-

Hope you understood the relation between pressure and density in fluid mechanics and thermodynamics.

Test Your Knowledge On Relation Between Pressure And Density!
Q5