You might have heard the phrase “It is not rocket science” tossed around some time or the other. When someone says “It’s not rocket science,” what they really mean is that something is not so difficult. Rocket scientists are brilliant people, but rocket science is based on concepts that we understand. The same basic science principle and laws work in both NASA rockets and small paper ones. Here, let us discuss in detail the rocket science, Formula For Rocket Science, fuels used in rockets, the causes of thrust, and rocket experiment.

What is Rocket Science? 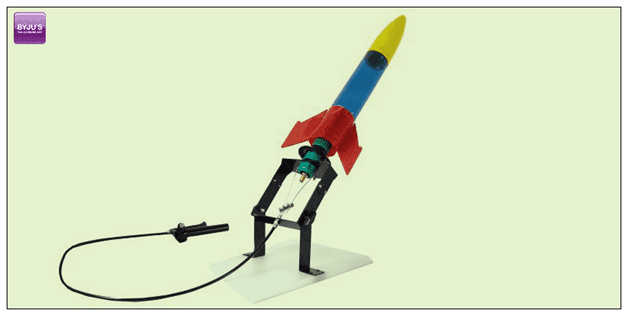 Rocket science is one of the branches of aerospace engineering. It plays a crucial part in the modern world. From launching satellites to testing ballistic missiles, rocket science has innumerable applications. The history of rockets dates back to the first century when rockets were used by the Chinese to ward off evil spirits. Since then the rocket has evolved tremendously. The propulsion of rockets is based on a fundamental kind of motion and one needs to be familiar with Newton’s Laws of Motion to understand it.

What is the Formula for Rocket Science?

The formula used for rocket science is known as the Tsiolkovsky rocket equation or ideal rocket equation. The formula explains the motion of vehicles based on acceleration and using its thrust to get high velocity which is on the basis of conservation of momentum. The equation is given as:

What are the Fuels Used in Rocket?

The two primary fuels used in the rocket are:

How does Rocket Fuel Burn in Space without Oxygen?

As we know that the rocket fuel is composed of fuel and an oxidizer, these two are ignited in the combustion chamber resulting in the expansion of the gases. The pressure in the gas hit harder on the top making the rocket move forward. The exhaust is released out from the bottom and the pressure here is less.

What Causes Thrust in a Rocket?

The amount of thrust produced by the rocket depends on three parameters:

The thrust of the system is explained using “thrust equation”

This experiment is a simple example of an application of pressure where the experiment can be done with the use of simple household things.

Once the above procedure is done, carbon-dioxide starts releasing as Alka Seltzer dissolves. Gradually there will be an increase in the amount of carbon dioxide released. Since the camera film canister is airtight, there isn’t any gap to escape. As a result, the pressure will be created within the canister. Finally, it pops out.

To know the principle behind rocket lift offs, see the video below. Hope you have a detailed explanation of rocket science, the formula for rocket science, fuels used in rockets, causes of thrust in a rocket, and rocket experiment. To know about various interesting science and math concepts, stay tuned with BYJU’S.

What is rocket science?

Rocket science is one of the branches of aerospace engineering, which deals with launching satellites to testing ballistic missiles.

What is the ideal rocket equation?

Ideal rocket equation is given by:

What are the commonly used liquid fuels in rockets?

The most commonly used liquid fuel is liquid hydrogen as fuel and liquid oxygen as an oxidizer.

The thrust equation is given by

What is the formula used for rocket science known as?