Knowledge of vectors is important in physics. If you try to add together vector quantities without considering their direction, you’ll get incorrect results. Some of the key vector quantities in physics are force, displacement, velocity, and acceleration. In this article, let us understand the triangle law of vector addition in detail.

What is Vector Addition?

There are a few conditions that are applicable for any vector addition, they are:

There are two laws of vector addition, they are:

What is Triangle Law of Vector Addition? 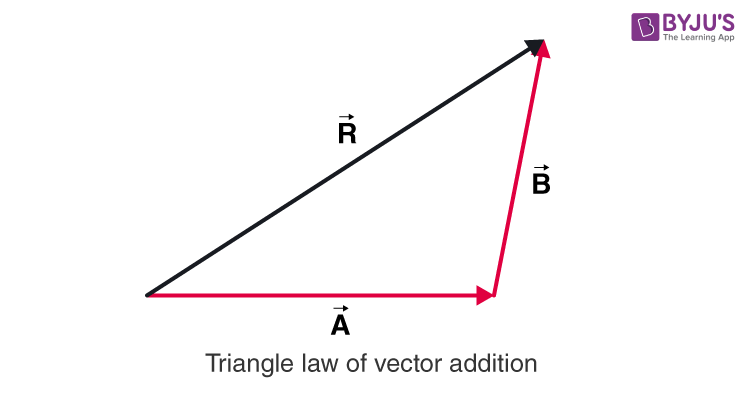 To obtain the resultant vector, we use the following rule:

Consider two vectors, P and Q, respectively, represented by the sides OA and AB. Let vector R be the resultant of vectors P and Q. 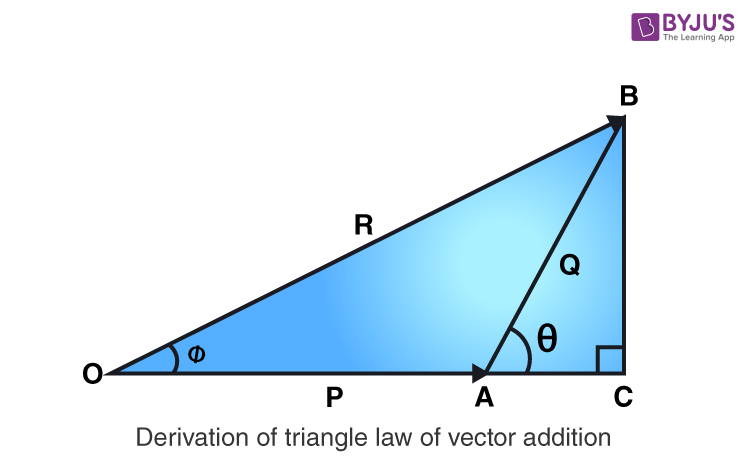 Substituting the values of AC and BC in (eqn.1), we get

The above equation is the magnitude of the resultant vector.

Above equation is the direction of the resultant vector.

What is the meaning of a vector quantity?

A vector quantity is a quantity that has both magnitude as well as a distinct direction.

What is the meaning of a scalar quantity?

A scalar quantity is a quantity that has only magnitude.

What is vector addition?

Vector addition is stated as the physical sum of multiple vectors as they do not follow conventional laws of algebra. The resultant vector is called the composition of a vector.

What are the two laws of vector addition?

What are the conditions that are necessary for vector addition?

For any two vectors to be added, they must be identical in nature. For example, velocity should be added with velocity and not with force.

Write some examples of scalar quantities.

Density, volume, speed, time, energy, and mass are some of the most familiar examples of scalar quantities.

Write some examples of vector quantities.

Velocity, displacement, force, weight, and acceleration are some of the most common examples of vector quantities.

Watch the video and understand how to represent the equation of a line in three-dimensional space using vector notations. 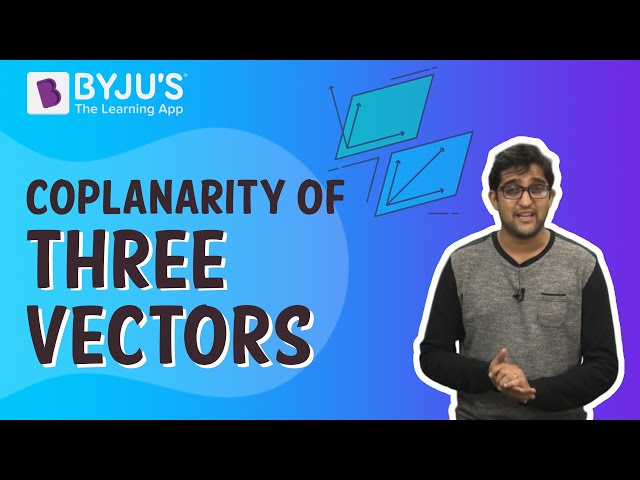 Test your knowledge on Triangle Law Of Vector Addition
Q5