Acetone, commonly known as Propanone, is a colourless liquid used in the production of plastics and other industrial products.

Acetone formula (or Propanone) is given here both in organic form and in structural form. To recall, acetone is the smallest and the simplest Ketone which is flammable, colourless and volatile liquid. It is an organic compound and is also known as Propanone. Learn more about acetone, its structure, and properties in the linked article. 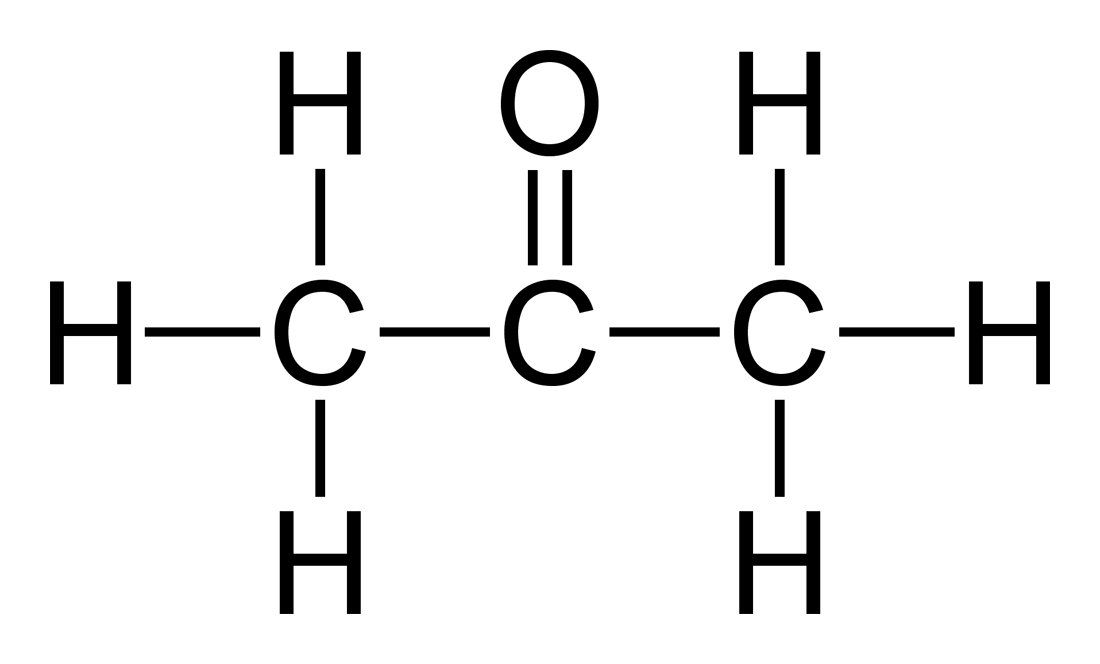 Acetone consists of three carbon atoms, six hydrogen atoms, and one oxygen atom. It is considered as a ketone since there is a carbonyl group present in it. Thus, the chemical formula for acetone or propanone is written as-

Acetone is mainly used in medicine and in cosmetics. Acetone is present in blood and in urine. Acetone is also an active ingredient in nail polish removers. Visit uses of acetone to learn more about its uses in different sectors.

What acetone is used for?

Acetone is a chemical used to make products like nail polish remover and paint remover. Your body also makes this chemical when it breaks down fat.

Is acetone harmful to humans?

Inhaling a moderate amount of acetone in a short period of time can irritate the nose, throat, lungs and eyes. Also affected by headache, dizziness, confusion, tachycardia, nausea, vomiting, blood, the possibility of fainting and coma can cause a shortened menstrual cycle in women.

What is the chemical name for acetone?

The simplest and most important of the acetone (CH3COCH3), also known as propanone or dimethyl ketone, industrial, chemically important organic solvents, and aliphatic (fat-derived) ketones.

Is acetone heavier than water?

Is acetone a better solvent than water?

How many protons are chemically equivalent in acetone?

Protons with the same chemical environment are said to be chemically equivalent. The chemical formula for acetone is CH3COCH3. Chemically, all six protons share the same environment.

How many 1H NMR signals would acetone produce?

Can acetone pass the Schiff’s test?

The Schiff test is a chemical test that is used to determine the presence of aldehydes in a solution. This is accomplished by reacting a small amount of the solution with Schiff’s reagent.
Schiff’s reagent is the end product of a reaction between a dye and sodium bisulfite. Acetone will not pass the Schiff test because it contains ketone as a functional group.

Why is acetone soluble in water?

The “like dissolves like” principle states that polar solutes dissolve in polar solvents and nonpolar solutes dissolve in nonpolar solvents. Because both acetone and water are polar, it is soluble in water. Acetone is also soluble in water due to the formation of intermolecular hydrogen bonding between the polar carbonyl group and the water molecules.

Acetone is a polar molecule. It will have a dipole moment. As a result, acetone molecules will exhibit dipole-dipole interactions.
Test your Knowledge on Acetone Formula
Q5