In the 18th century, notable chemists Joseph Black (Scotland), Peter Woulfe (Ireland), Carl Wilhelm Scheele (Sweden/Germany), and Joseph Priestley isolated ammonia (England). Claude Louis Berthollet, a French chemist, determined its elemental composition in 1785. It is a colourless, poisonous gas with a pungent odour. It occurs naturally, primarily as a result of anaerobic decay of plant and animal matter, and has also been detected in space. Some plants, primarily legumes, “fix” atmospheric nitrogen to produce ammonia in collaboration with rhizobia bacteria.

Q1. The chemical formula of ammonia is-

Q2. Which of the following cation does not form an amine complex with an excess of ammonia?

Q3. The catalyst used in the Haber process for manufacturing ammonia is-

Q4. Ammonia gas is collected by-

a.) Upward displacement of water

b.) Upward displacement of air

A glass rod dipped in HCl is brought near the mouth of the gas jar through which white dense fumes can be seen which confirms the presence of ammonia gas.

Q6. Why ammonium nitrate is not used in the preparation of ammonia?

Answer. Ammonium nitrate is not used in the preparation of ammonia because it is explosive and may itself decompose and form a nitrous oxide and water vapour.

Q7. In the preparation of ammonia, why are solid ammonium chloride and slaked lime is taken in the ratio of 2:3 by weight?

An aqueous solution of ammonia is used for identifying ___.

Answer. An aqueous solution of ammonia is used for identifying cations.

When ammonia is dissolved in water, it produces ammonium hydroxide. In excess NH4OH, ammonium hydroxide reacts with metallic salt solutions to form insoluble precipitates of their respective metallic hydroxides, which vary in colour and solubility.

Q9. How is ammonia gas dried?

Answer. Ammonia gas can be dried by using a drying agent such as quick lime (CaO). It is basic in nature and does not react with NH3 which is also basic.

Q10. Why ammonia gas is not collected over water?

Answer. Ammonia is not collected over water because it is highly soluble in water.

Q12. How can ammonia be separated from nitrogen and hydrogen?

Answer. Under pressure, a mixture of ammonia, residual nitrogen, and hydrogen is allowed to expand suddenly through a small nozzle into a low-pressure region. This causes a drop in temperature, which liquefies easily liquefiable NH3 gas while making nitrogen and hydrogen difficult to liquefy.

Q13.Write your observation when ammonia gas is made to pass through-

Answer. When ammonia gas is made to pass through-

Q14. Give a few large scale applications of ammonia.

Answer. Some of the uses of ammonia are as follows-

Q15. Give the preparation of ammonia by Haber’s process.

Answer. In the Haber process, “the atmospheric nitrogen (N2) is converted to ammonia (NH3) by reacting it with hydrogen (H2)”. Here a metal catalyst is used and high temperatures and pressures are maintained.

The raw materials for the process are

Q1. Ammonia gas can be collected by the displacement of-

Q2. Which of the following is not used in the preparation of ammonia?

a.) Reduction of sodium nitrite or sodium nitrate by the reaction of zinc dust and sodium hydroxide.

b.) Hydrolysis of calcium cyanamide

Q3. How is ammonia gas collected?

Q4. Is an aqueous solution of ammonia basic in nature?

Q5. Give the Geometry of ammonia. 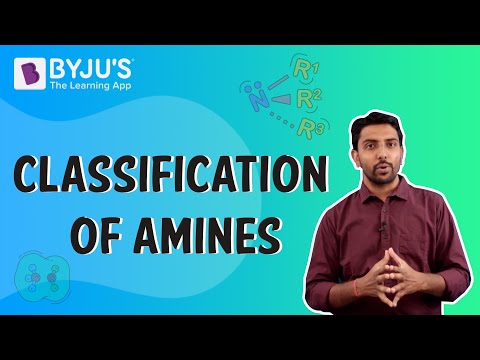