Borax is a compound consisting of an elementary substance called boron, united with oxygen and soda.

The most common form of borax is Borax decahydrate which has 4 Boron atoms, 17 oxygen atoms, 2 sodium atoms, and 20 hydrogen atoms. The chemical and molecular formula of Borax is by- 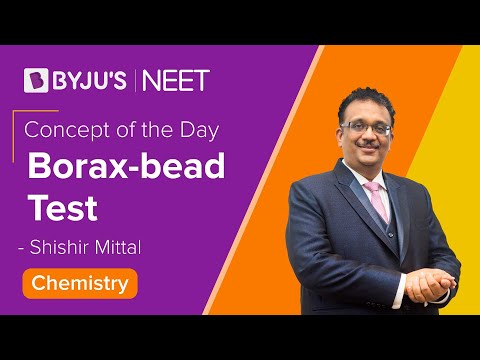 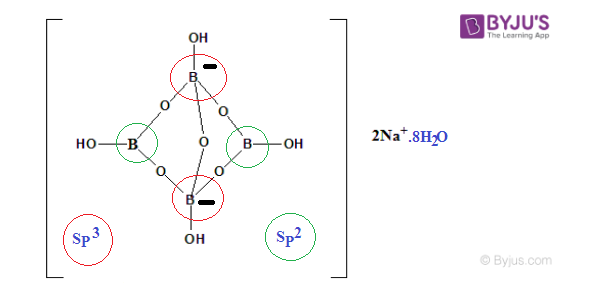 Borax is mainly used in laundry and other cleaning products. It is also used to prepare boric acid by reacting with hydrochloric acid, i.e. HCl. This process was first used by Wilhelm Homberg. Apart from this, borax is also used in the food, chemical, and pharmaceutical industries.

Borax reacts with hydrochloric acid to produce boric acid. The reaction is as follows:

Borax Reaction – Each of the sugar residues in the polymer has two hydroxyl groups positioned in the cis- form. This leads to an interesting and valuable reaction with dissociated borate ions that is characteristic of such polymers.

What is Borax chemistry?

Is Borax the same as baking soda?

What is Borax used for?

Can Borax be used as a disinfectant?

Borax has many chemical characteristics that add to its cleaning ability. Borax and other borates clean and disinfect by converting some water molecules to hydrogen peroxide.

Is borax and boric powder the same?

Two different formulations of the same compound are Borax and Boric Acid. Borax is a mineral used in cleaning materials that is extracted straight from the earth (a type of the element Boron). The extracted, distilled and refined type of boric acid is used in a number of chemical products.

Is Borax safe for humans?

Borax can not be swallowed safely. Borax is quick for the body to break down when it is either inhaled or swallowed, according to the Toxicology Data Network of the NLM. However, both severe poisoning and organ injury will result if inhalation or absorption occurs.

Why is borax dangerous?

When penetration happens through the skin or eye touch, inhalation or swallowing, Borax can be irritating. Poison studies indicate that misuse of borax-based pesticides with symptoms such as vomiting, eye irritation, nausea, skin rash, oral irritation, and respiratory effects can result in acute toxicity.

To learn more about such chemistry topics, keep visiting BYJU’S.