Chemistry is a branch of science which deals with the study of matter and its properties at the atomic and molecular level. It deals with the understanding of the nature of elements. We are matter and surrounded by matter. Chemistry is around us and within us. There are many many chemical processes that are taking place in our body every moment. The periodic table is the backbone of the chemistry of elements. It is very important to study the basic concepts of chemistry to get a better understanding of our nature.

Q1. What are electrons?

Answer: Electrons are negatively charged subatomic particles that have a mass of 9.1 ✕ 10-31 kg. They exist either in a bound state or free state. They are mainly responsible for chemical reactions and the movement of electrons is extensively studied in organic chemistry reaction mechanisms.

Answer: Nucleus is the core of an atom. It consists of protons and neutrons. It is a tiny, dense region and is positively charged.

Q3. What is the mass number of the element?

Q4. What is meant by atomic number?

Q5. What is meant by the term valence electrons?

Q6. What is meant by electron configuration?

Q7. What is the electronic configuration of nitrogen?

Q8. What is the inductive effect in organic chemistry?

Q9. What are isotopes?

Answer: Isotopes are defined as the atoms of the same element with same atomic number but different mass number i.e. they have same number of protons but different number of neutrons. For example, 12C and 13C. Carbon-12 and Carbon-13 have 6 neutrons and 7 neutrons respectively.

Q10. Which is meant by equilibrium?

Answer: Equilibrium is a state in which the concentrations of both the reactants and the products do not change with change in time.

Isobars: The elements which have the same mass number but different atomic number are called isobars.

Q12. What is meant by the rate of a reaction?

Q13. What is meant by endothermic reaction?

Answer: Endothermic reaction is a reaction in which heat is absorbed during the reaction.

Q14. What is meant by exothermic reaction?

Answer: Exothermic reaction is a reaction in which heat is released during the reaction.

Q15. Which are the important functional groups in organic chemistry?

Q2. What are polar molecules?

Q4. What is the ideal gas equation?

Q5.What is the value of planck’s constant? 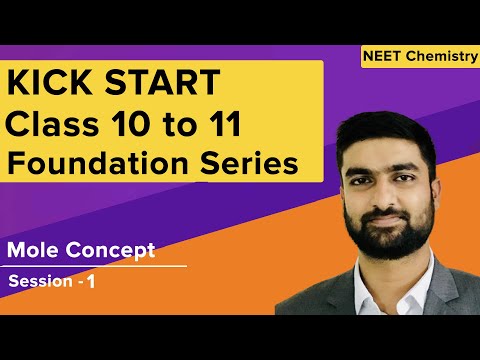