Metabolism comprises two major parts; one is anabolism and the other catabolism. The Catabolism process is the action of the set of metabolic pathways that breaks down molecules into smaller units that are either oxidized to release energy or used in other anabolic reactions.

Catabolism is the part of the metabolic process that breaks down large, complicated molecules into smaller ones in order to produce energy. The energy is released as a result of the destructive branch of metabolism. 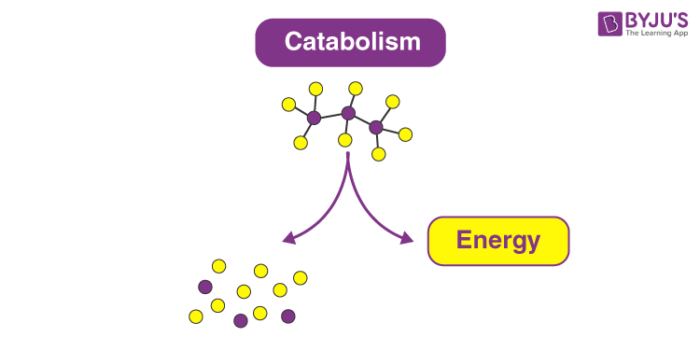 The process involves the breakdown of large molecules such as polysaccharides, lipids, nucleic acids and proteins into smaller units like monosaccharides, fatty acids, nucleotides, and amino acids, respectively.

Catabolism can be broken down into 3 main stages. The three stages are as explained as follows-

The large organic molecules of organic chemistry like proteins, lipids, and polysaccharides are digested into their smaller components outside cells. This stage acts on starch, cellulose or proteins that cannot be directly absorbed by the cells.

Once the molecules are broken down, these molecules are taken up by cells and converted to yet smaller molecules, usually acetyl coenzyme A, which releases some energy.

The released energy is stored by reducing the coenzyme nicotinamide adenine dinucleotide into NADH.

This process provides the chemical energy necessary for the maintenance and growth of cells. Some examples of the catabolic processes include the glycolysis, the citric acid cycle, the breakdown of muscle protein in order to use the amino acids as substrates for gluconeogenesis, the breakdown of fat in adipose tissue to fatty acids, and oxidative deamination of neurotransmitters by monoamine oxidase. 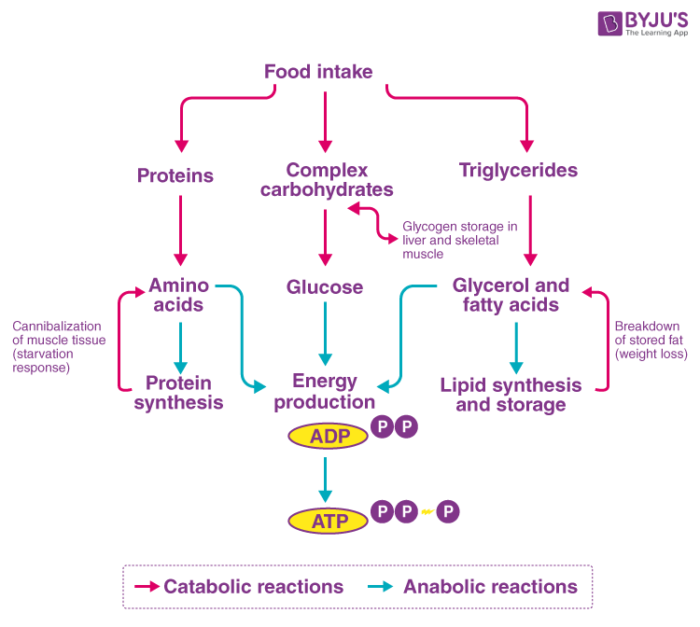 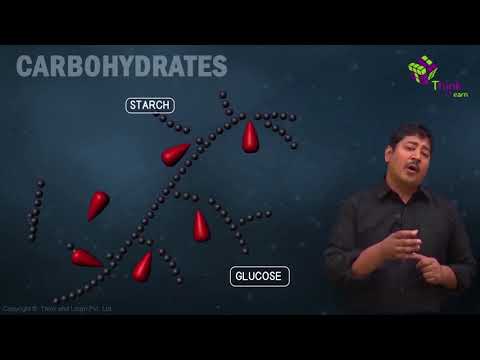 What is catabolism and anabolism?

Anabolism focuses on development and construction-the organization of molecules. When you eat food and the molecules break down in the body for use as energy, catabolism is what occurs. In the body, large , complicated molecules are broken down into smaller, basic ones. Glycolysis is an example of catabolism.

Big organic molecules are broken down into smaller molecules through catabolic reactions, releasing the energy trapped in the chemical bonds. Not 100 percent effective are these energy releases (conversions). The amount of energy that is emitted is less than the overall amount that the molecule contains.

What is an example of a catabolic reaction?

Glycolysis, the citric acid cycle, the degradation of muscle protein in order to use amino acids as substrates for gluconeogenesis, the degradation of fat in adipose tissue into fatty acids and the oxidative deamination by monoamine oxidase of neurotransmitters are instances of catabolic processes.

Is respiration a catabolic process?

Cellular breathing is a catabolic mechanism in which glucose is broken down to release a cell’s available energy. Cellular respiration, as with all catabolic processes, releases energy which can then be harnessed and used in the cell through other reactions.

What is the main difference between catabolic and anabolic reactions?

Catabolism breaks down large complex molecules into smaller molecules which are easier to digest. Anabolism produces molecules necessary for the functioning of the body. The catabolism mechanism releases steam. Energy is required by anabolic processes.

To know more anabolism and metabolism, register with BYJU’S and download our app.

Test your knowledge on catabolism
Q5