F block elements, on the other hand, are found outside at the bottom of the periodic table. The name f-blocks comes from the fact that the last electron enters the f-orbital of the anti-penultimate shell. These are also referred to as inner transition elements. The f block contains two series, which correspond to the filling of 4f and 5f orbitals. 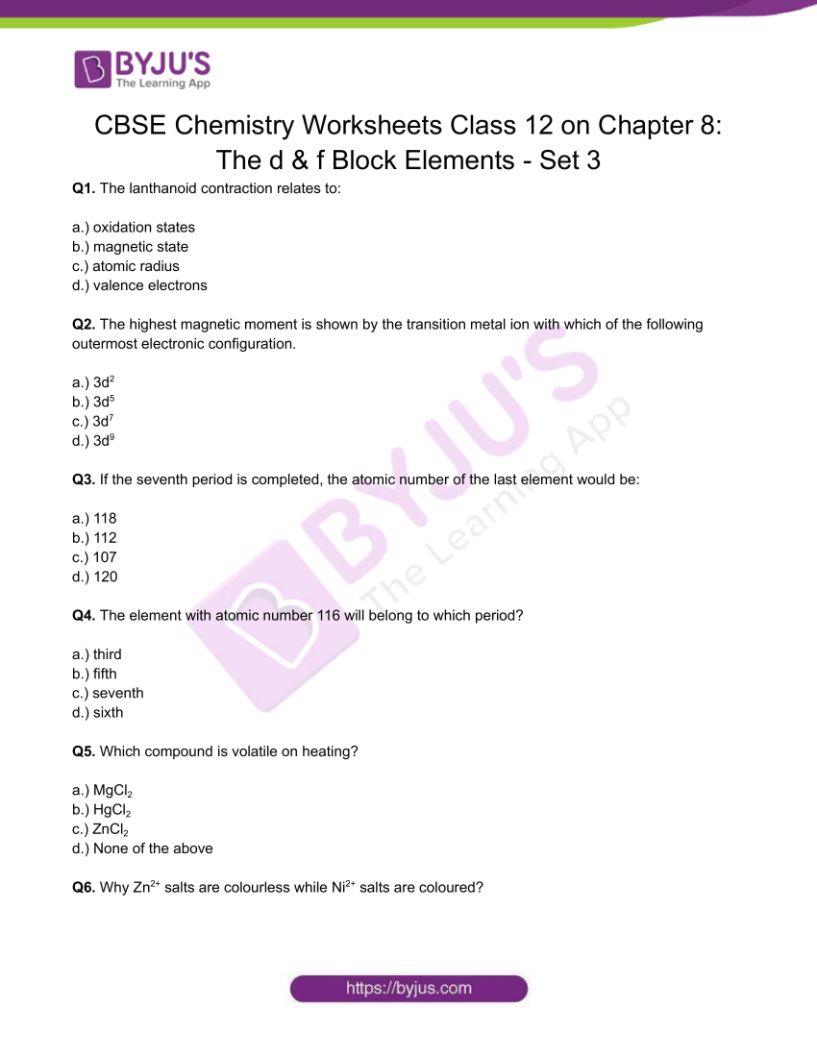 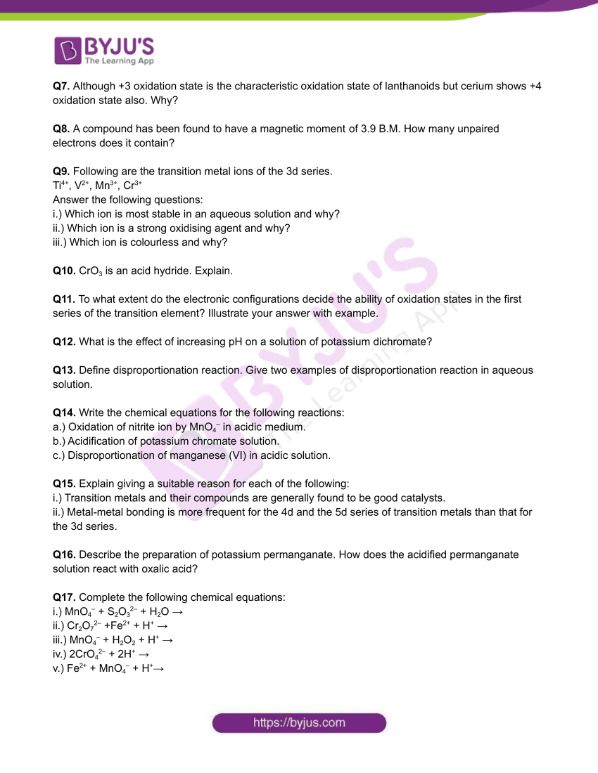 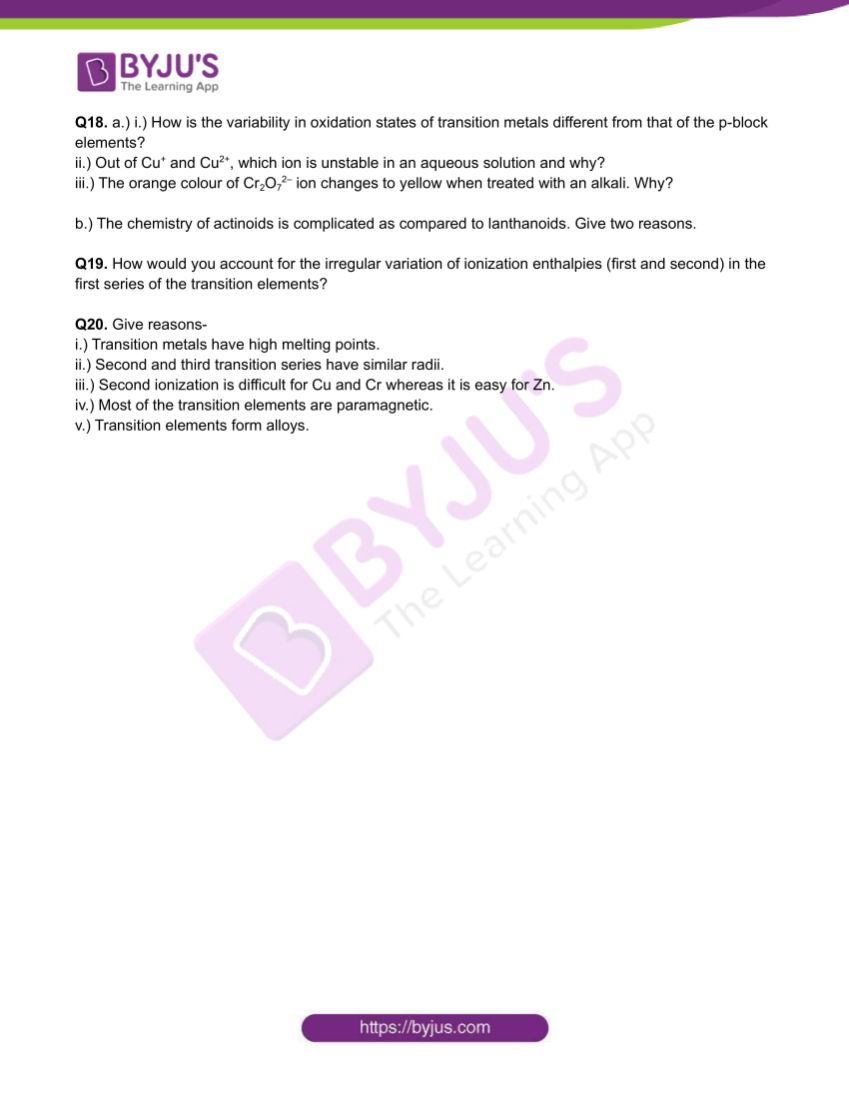 Q1. The lanthanoid contraction relates to:

Q2. The highest magnetic moment is shown by the transition metal ion with which of the following outermost electronic configuration.

Q3. If the seventh period is completed, the atomic number of the last element would be:

Q4. The element with atomic number 116 will belong to which period?

Q5. Which compound is volatile on heating?

Q8. A compound has been found to have a magnetic moment of 3.9 B.M. How many unpaired electrons does it contain?

Q9. Following are the transition metal ions of the 3d series.

i.) Which ion is most stable in an aqueous solution and why?

ii.) Which ion is a strong oxidising agent and why?

iii.) Which ion is colourless and why?

Q11. To what extent do the electronic configurations decide the ability of oxidation states in the first series of the transition element? Illustrate your answer with example.

Q12. What is the effect of increasing pH on a solution of potassium dichromate?

Q14. Write the chemical equations for the following reactions:

a.) Oxidation of nitrite ion by MnO4– in acidic medium.

b.) Acidification of potassium chromate solution.

Q15. Explain giving a suitable reason for each of the following:

i.) Transition metals and their compounds are generally found to be good catalysts.

ii.) Metal-metal bonding is more frequent for the 4d and the 5d series of transition metals than that for the 3d series.

Q16. Describe the preparation of potassium permanganate. How does the acidified permanganate solution react with oxalic acid?

Q18. a.) i.) How is the variability in oxidation states of transition metals different from that of the p-block elements?

ii.) Out of Cu+ and Cu2+, which ion is unstable in an aqueous solution and why?

iii.) The orange colour of Cr2O72– ion changes to yellow when treated with an alkali. Why?

b.) The chemistry of actinoids is complicated as compared to lanthanoids. Give two reasons.

Q19. How would you account for the irregular variation of ionization enthalpies (first and second) in the first series of the transition elements?

iii.) Second ionization is difficult for Cu and Cr whereas it is easy for Zn.

iv.) Most of the transition elements are paramagnetic.