The elements present in the middle of the periodic table from Group 3 to 12 are called d-block elements. The name d- blocks because the last electron enters into the d-orbital of the penultimate shell.

f block elements are found outside at the bottom of the periodic table. The name f- blocks because the last electron enters into the f-orbital of the anti-penultimate shell.

Q1. The colour of d block elements is due to:

Q2. Zr and Hf have almost equal atomic and ionic radii because of:

Q3. The maximum oxidation state shown by Mn in its compound is:

Q4. Which of the following lanthanoid ions is diamagnetic?

Q6. Why are the ionisation energies of 5d elements greater than 3d elements?

Answer. In the 5d series, after lanthanum (Z=57), there is lanthanide contraction. As a result, in each group the atomic size of 5d elements is small and its nuclear charge is large. Hence, the ionisation energies of 5d elements are larger than 3d elements.

Q7. Which metal in the first transition series exhibits +1 oxidation state most frequently and why?

Answer. Copper has electronic configuration 3d104s1. It can easily lose one (4s1) electron to give a stable 3d10 configuration.

Q8. What are the different oxidation states exhibited by the lanthanoids?

Q9. What are the characteristics of transition elements?

Answer. The general characteristics of transition elements are:

Q11. Write down similarities between lanthanoids and actinoids.

Answer. Lanthanides and actinides have the following similarities:

Q12. The silver atom has completely filled ‘d’ orbitals (4d10) in its ground state. How can you say that it is a transition element?

Answer. The silver atom has a 4d10 configuration in its ground state, indicating that its d- orbitals are completely filled.

However, in its most stable oxidation state +1, the configuration is 4d9 with a partially filled d-orbital. As a result, it can be considered a transition element according to the definition of transition elements.

Q13. Which of the two Na+ or Ag+ is stronger Lewis acid and why?

In the case of an 18-electron shell configuration, there are 10 d-electrons in addition to 8s and p electrons. The d-electrons do not shield the nuclear charge effectively and therefore, they have increased effective nuclear charge. Hence, they cause greater polarisation.

Answer. In hydrated copper sulphate, four water molecules are present as ligands. In the presence of these ligands, the d-orbitals split up into different levels and hence these are no longer degenerate. Hence, d-d transitions take place absorbing the red wavelength and complementary blue colour is reflected. On the other hand, in anhydrous CuSO4, d-d orbitals remain degenerate because of the absence of ligands, Hence, no d-d transition can occur and anhydrous copper sulphate is white.

Answer. The electronic configuration of Hg (I) is [Xe] 4f14 5d10 6d2. It has one unpaired electron in the valence 6s-subshell. Because of the presence of unpaired electrons, it is expected to be paramagnetic but actually, Hg(I) compounds are diamagnetic. This behaviour can be explained by assuming that the two Hg+ ions singly filled 6s-orbitals overlap to form a Hg+–Hg+ covalent bond. As a result, Hg+ ions exist as dimeric species, namely Hg2+2. On the other hand Cu (I) ion, has the electronic configuration [Ar]3d10. As a result, it lacks the unpaired electrons required to form dimeric species, i.e., Cu2+2, and thus always exists as a C++ ion.

Q1. The maximum oxidation state exhibited by actinide ion is:

Q2. What is the shape and magnetic nature of permanganate ion?

Q3. Which is the last element in the series of actinoids? Write the electronic configuration of this element. What can be the possible oxidation state?

Q4. Explain why does the colour of KMnO4 disappear when oxalic acid is added to its solution in an acidic medium. 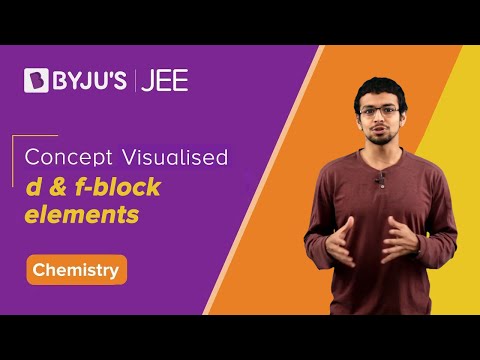 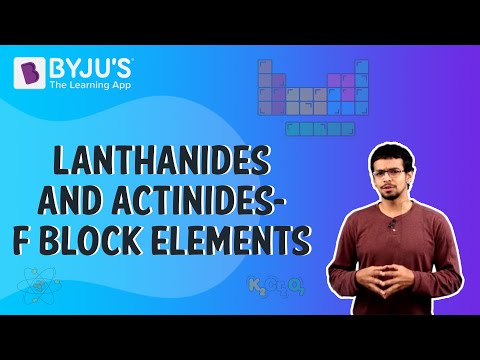