Difference between Solid Liquid and Gas in Tabular form

Understanding the difference between Solid Liquid and Gas is important as they represent the three different states of matter. As we know, everything around us is matter and it is important to understand the classification of matter; primarily into Solids, Liquids and Gases.

A solid can be classified as a substance that is rigid with low intermolecular spacing and high intermolecular forces, that binds all molecules within together. Liquids, on the other hand, are less rigid and flow easily. They usually have properties that enable them to flow from higher areas to lower areas. This is a unique property of liquids when compared to solids. However, there are a few imperfections in solids.

Difference between Solid Liquid and Gases

Gases, on the other hand, have uniquely different properties compared to Solids and Liquids. Gases are primarily free-flowing, with little to no intermolecular force acting between them. It is important to know the major differences between solids, liquids and gases.

Can Matter Change its State? 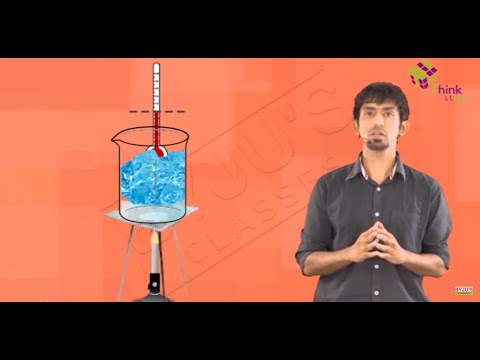 Can Matter exist in two states at once?

Pressure can turn matter from one state to another. Certain matters often vary, but often only occurs in two states and requires human and technical help to travel through all three stages. Water is the only thing on earth that can naturally be present in all three states -solid, liquid and gas.

How do you explain the matter?

Matter is all around us. All atoms and compounds are made up of very small pieces of matter. Such atoms continue to build the everyday things you see and touch. Matter is defined as anything that has mass (it has volume) and takes up space.

Why are the 3 states of matter important?

How is the matter made up?

Matter is also composed of small particles. Atoms are the particles that makeup matter. Because they are so small you can’t see atoms. Most atoms come together to make up the substance you can see.

Is light a matter?

Light is not a matter, it’s a form of energy. Matter consists of atoms. Actually, light is electromagnetic radiation. Moving electrical charge or electrons (electrical current) causes a magnetic field and a changing magnetic field creates an electrical field.

What do you think about the liquid state of matter?

A liquid is an almost incompressible fluid that conforms to the shape of its container but retains a (nearly) constant volume independent of the pressure. As such, it is one of the four fundamental states of matter (the other being solid, gas, and plasma) and it is the only state with a definite volume but without a fixed form.

If you liked this article and would like to read more on this topic, download the BYJU’s app today. You may also want to check out the related articles below:

Test your Knowledge on Difference between solid liquid and gas!
Q5