The quantity of matter in a sample is represented by its mass. Typically, mass is expressed in grams (g) and kilograms (kg).

Mass can also be thought of as a property of matter that causes it to resist acceleration. The greater an object’s mass, the more difficult it is to accelerate it.

Q1: What is the mass of hydrogen in terms of amu?

Explanation: Nowadays, “amu” has been replaced by “u”. The Atomic Mass Unit used to be “amu,” however it was changed to “u” and is now known as Unified Mass. The mass of one nucleon is one unified atomic mass unit, which is also equivalent to 1 g/mol.

Q3: ______ is the sum of atomic masses of the elements present in a molecule.

Q5: Calculate the molecular mass of the sucrose (C12H22O11) molecule?

Q7: What is wrong in saying ‘one mole of nitrogen’?

Q9: What is meant by the term chemical formula? Give examples.

A compound’s chemical formula is a symbolic representation of its composition and the number of atoms in a single molecule of a pure substance, which can be an atom or a compound.

For example, the Chemical formula of ammonia is NH3, water is H2O, and carbon dioxide is CO2.

Q10: Define one mole, and illustrate its relationship with the Avogadro constant.

A mole is a quantity in number equal to the atomic or molecular mass in grammes of any species (atoms, molecules, ions, or particles).

With a value of 6.022 x 1023, the number of particles (atoms, molecules, or ions) present in 1 mole of any substance is constant. This number is termed the Avogadro constant or Avogadro number.

Q11: What is the mass of the following:

(a) 1 mole of nitrogen atoms

(b) 4 moles of aluminium atoms

The molecular mass is the total sum of the masses of the atoms or components in the molecule.

Q13: Give the postulates of Dalton’s atomic theory.

It is controlled by the law of definite proportion.

It states that the elements of a chemical substance are always present in specific mass proportions.

Q15: (a) Why does not atomic mass of an element demonstrate the actual mass of its atom?

(b) “An element’s atomic mass is a fraction.” What does it indicate?

Q1: What is the abbreviation of amu?

Q2: A sample of carbon that contains 70% carbon-12 and 30% carbon-14. What do you think is the average atomic mass of this sample?

Q3: Give an example to show the law of conservation of mass applies to physical changes also.

Q4: Differentiate between the actual mass of a molecule and gram molecular mass.

Q5: Which of the following are tri-atomic and tetra-atomic molecules?

The Mystery Of Mass Change 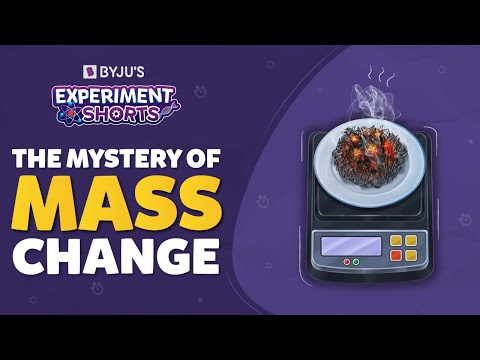