Melting – Conversion of solid to liquid

Melting refers to the phase change of a substance from a solid state to a liquid state. This is a phase change phenomenon which means in this process, a substance is transformed from one state of matter to another state.

How does melting occur?

After a substance is raised to the temperature of melting point, the heat added after this point doesn’t raise the temperature of the substance, rather it is used completely to change the phase of the substance from solid to liquid. This heat supplied to the solid at its melting point is the latent heat of fusion. It is defined as the heat energy required for completely changing 1 kg of a solid into a liquid state at atmospheric pressure. The term latent meaning hidden is used because this heat is figuratively hidden as it doesn’t appear on the temperature scale. 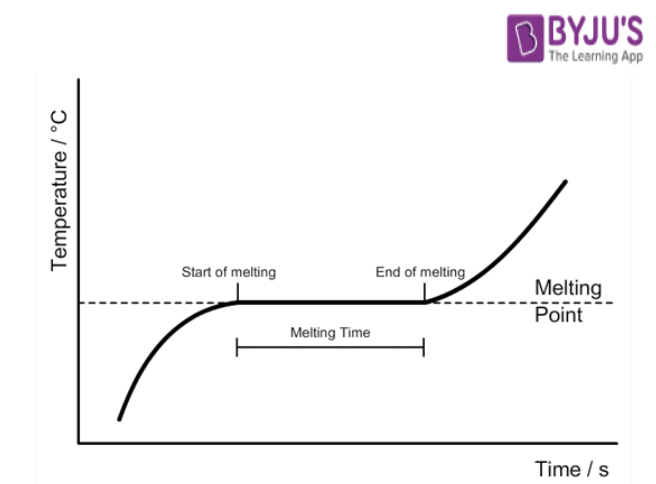 For more information about melting point, melting and the effects of temperature and pressure on substance, register with BYJU’S.