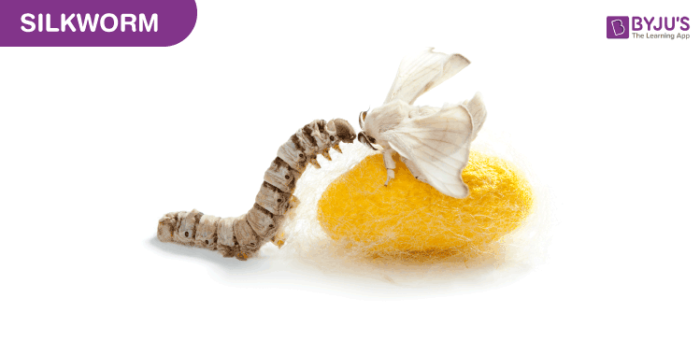 Silk was discovered around 3500 BC in China. For a long period of time, silk was shipped to other parts of the world through trade. Technological advancement and new developments have enabled manufacturers to produce different types of silk from different silkworms on the basis of lustre and texture. Mulberry silk is the most common silk moth that is used for producing silk. Rearing of the silkworm is known as sericulture.

The life cycle of silkworm

The life cycle of silk moth starts when a female silk moth lays eggs. The caterpillar or larvae are hatched from the eggs of the silk moth. The silkworms feed on mulberry leaves and give rise to pupa. In the pupa stage, a weave is netted around by the silkworm to hold itself. After that it swings its head, spinning a fibre made of a protein and becomes a silk fibre. Several caterpillars form a protective layer around pupa and this covering is known as the cocoon. The silk thread (yarn) is obtained from the silk moth’s cocoon. The life cycle of the silkworm is explained below in detail. 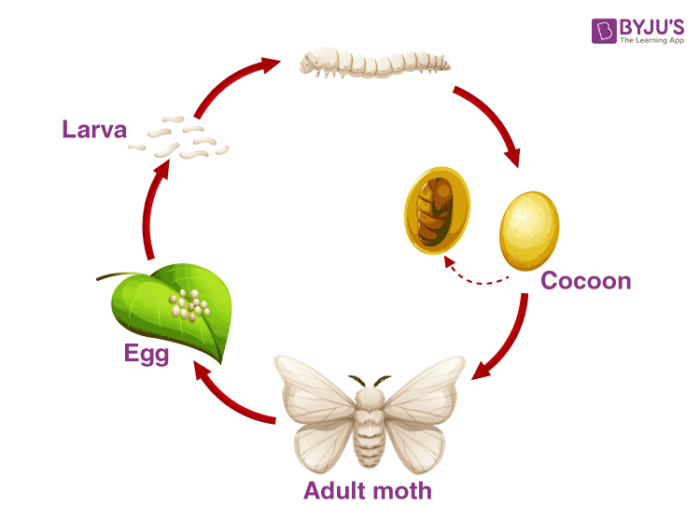 An egg is the first stage of the life cycle of the silkworm. The egg is laid by a female moth which is mostly the size of small dots. A female moth lays more than 350 eggs at a time. In the springtime, the eggs hatch due to the warmth in the air. This procedure happens once in every year.

A hairy silkworm arises after the eggs crack. In this stage of silkworms, the growth happens. they feed on mulberry leaves and consume a large amount of these leaves for around 30 days before going to the next stage.

In this stage, silkworms spin a protective cocoon around itself. It is the size of a small cotton ball and is made of a single thread of silk.

The pupa stage is a motionless stage. In this stage, people kill the pupa by plunging the cocoon into boiling water and unwind the silk thread.

In this stage, the pupa changes into an adult moth. The female moth lays eggs after mating and thus the life cycle of silkworm begins again.

The Story of the Silk Worm 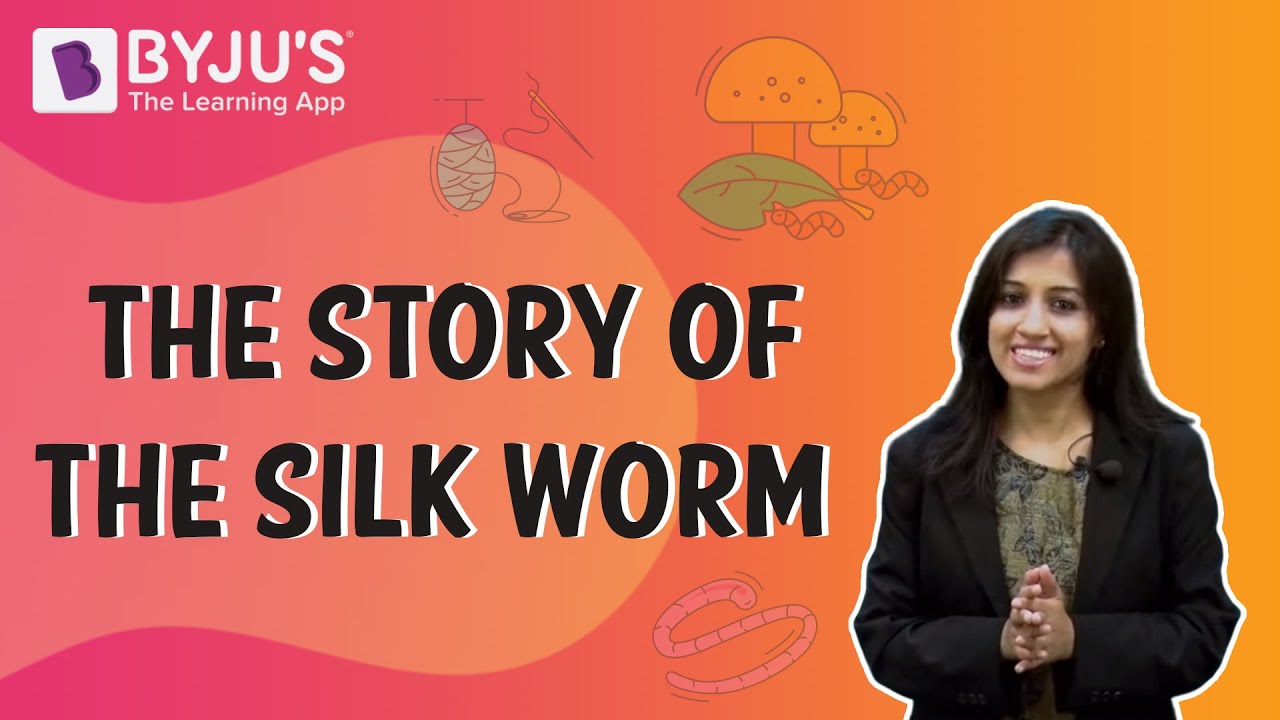 How long can silkworms live without food?

We can stop feeding the silkworms every day once they’ve moulted a couple of times. It is possible for them to go a week or longer without eating (depending on temperature and size). However, feeding them every couple of days will keep them hydrated and healthy, extending the “hold” period.

Does a silkworm turn into a butterfly?

We can’t see what happens within the cocoon, but the larva’s body undergoes changes for two or three weeks, during which it transforms into a pupa, and then into a white butterfly. The butterfly secretes a yellowish liquid despite the cocoon being constructed of a strong silk thread.

How long does a silkworm take to complete its life cycle?

What happens to silkworms after silk is extracted?

Peace silk is silk that has been farmed ethically. This means the silkworms will be permitted to mature into full-fledged Bombyx mori moths. They naturally emerge from their cocoons and die a natural death.

Which stage of silkworm produces silk?

Silkworms produce pupa by feeding on mulberry leaves. To keep itself alive during the pupa stage, the silkworm weaves a net around itself. After that, it swings its head, spinning a protein fibre that eventually turns into silk.

Take up a quiz on Silk worm
Q5