Difference Between Center Of Gravity and Centroid

Every object has some mass and due to gravitational force, the object weighs a certain amount. There is a difference between the center of gravity and centroid when it is considered with an object. These all depend on the factor of uniform or non-uniform distribution of mass across the body. 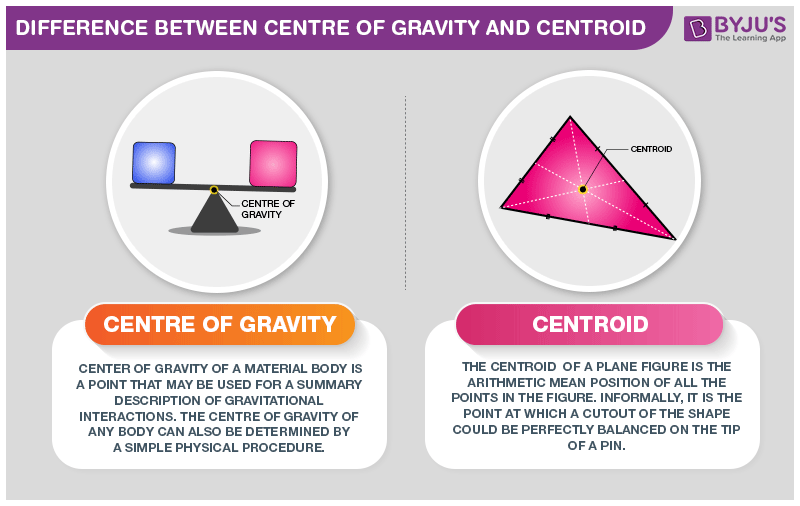 Difference Between Center Of Gravity and Centroid

Where on the other hand, the centroid is referred to as the geometrical center of a uniform density object. Which means the object has its weight distributed equally across all parts of the body. If the body is homogeneous (having constant density), then its center of gravity is equivalent to the centroid.

These were some differences between center of gravity and centroid. If you wish to find out more, download BYJU’S The Learning App. Test your knowledge on Centre of gravity and centroid difference
Q5