White light is nothing but colorless daylight. This contains all the wavelengths of the visible spectrum at equal intensity. In simple terms, electromagnetic radiation of all the frequencies in the visible range of the spectrum, appearing white to the eye is called white light. 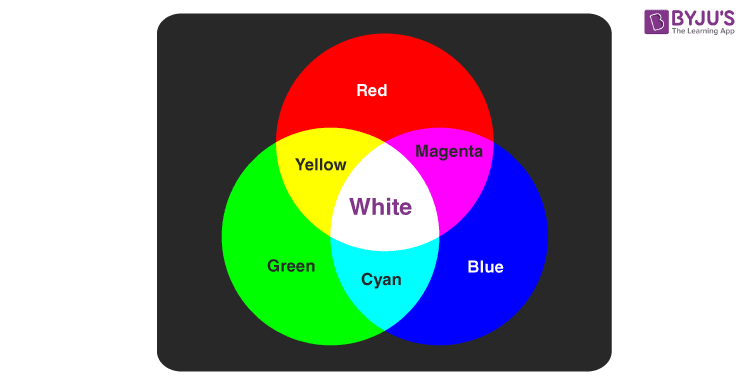 Visible light or white light is the part of the electromagnetic spectrum that can be detected by the human eye. Visible light and it’s immediate near-infrared light is typically absorbed and emitted by electrons in atoms & molecules that move from one energy level to another. The chemical mechanisms that underlie human vision and plant photosynthesis are based on this phenomenon.

The electromagnetic spectrum is the collective term for all possible frequencies of electromagnetic radiation. The EM spectrum extends from below the low frequencies used for modern radio wave communication to gamma radiation at the short-wavelength (high-frequency) end, thereby covering wavelengths from thousands of kilometers down to a fraction of the size of an atom.

The light visible to the human eye is a very small portion of the electromagnetic spectrum. A rainbow shows the optical or visible part of the electromagnetic spectrum, whereas the infrared rays are located just beyond the red side of the rainbow and the ultraviolet rays are present beyond the violet end. But, unfortunately, these are not visible to the human eye.

Scientifically, electromagnetic radiation of a range of 380 nm and 760 nm (400–790 terahertz) wavelength is detectable by the human eye and is perceived as visible light. Other wavelengths like infrared rays with longer than 760 nm wavelength and ultraviolet rays, whose wavelength is shorter than 380 nm are also sometimes referred to as light.