Work is given by the equation Frcosθ, where r is the distance over which the force is applied and θ is the angle between the force and distance.

Principle of Work and Energy

The work-energy principle says states that

The change in kinetic energy of a body is equivalent to the net work done on the body.

This information is referred to as the work-energy principle and is derivable from the law conservation of energy.

Power describes the rate at which work is done. It is articulated as

The energy or work is articulated in Newton-meter (Nm) or Joules or kg.m2/s2. 1 Joule is defined as the amount of heat released when a force of 1 newton acts over one meter of distance.

Ever wondered what happens when the work is done against gravity?

When the work done is against gravity, the amount of work done will be equal to the product of the weight of an object and the height through which the object is lifted.

The mathematical representation of work done against the gravity is given as:

To know about work, energy and power in detail, see the videos below. 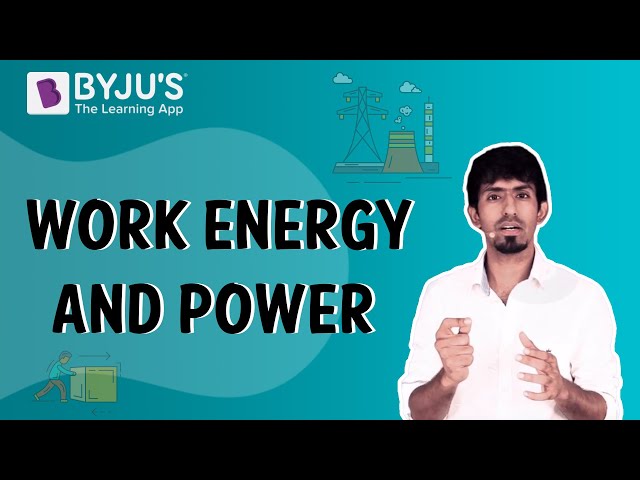 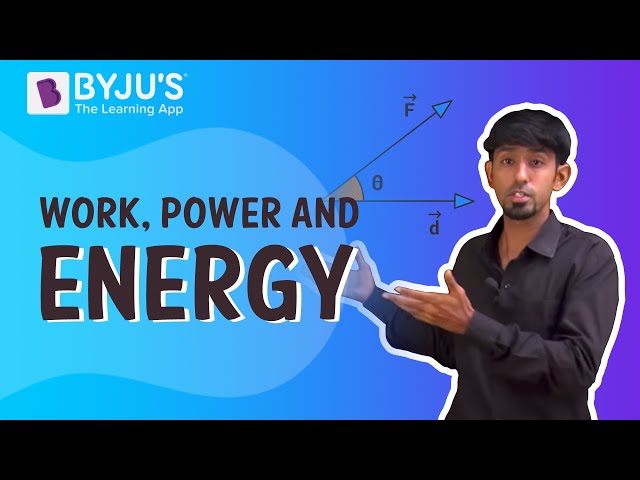 Difference Between and Work Energy

Work refers to overpowering resistance by the application of force. It is evident that the resistance has been overpowered from the movement of the application of force. Energy is the capability to do work or perform some action and can be thought of as something that is possessed or stored. It exists in several forms like light, heat, electrical, potential energy, or other forms. Work and energy have similar units and are closely related. Energy can be put in storage, but that cannot be done for work.  Work is energy in motion. Energy alters from one form to another by the process of doing work.

Hope you have understood in detail the principle of work and energy, equations, and the difference between work and energy. Stay tuned with BYJU’S for more interesting information on science and math concepts.

Work is defined as transferring energy into an object so that there is some displacement.

Energy is defined as the ability to do work.

Give the mathematical representation of work done against gravity.

What is the formula to find potential energy?

Work-energy principle states that, the change in kinetic energy of a body is equivalent to the net work done on the body.

Test your Knowledge on Work and energy
Q5