Bond Energy is also known as the average Bond Enthalpy and gives a measure of the strength of a chemical bond. The larger the bond energy the more will be the stability of the molecules.

Q1: How can we determine the strength of a bond by the radius of an atom?

Answer: Any of the radius i.e. metallic radius, ionic radius or covalent radius can be used to determine the strength of bond formed by the given atoms.

Q2. What is the difference between a primary and secondary bond? Give 2 examples of each.

Answer: A Primary bond is formed by the mutual sharing or complete transfer of electrons. This type of bond is stronger than the secondary bond. For example: O2, NaCl.

A secondary bond is formed either due to permanent dipole or due to certain imbalances in the symmetrical charge distribution within the atom- creating a dipole. These dipoles induce a charge imbalance in their immediate neighbouring atoms. For example: N2, H2O.

Q3. How is the melting temperature of solids related to the bond energy?

Q4. What is the enthalpy change for the given reaction?

Answer: The total enthalpy for a reaction is calculated by the formula:

Explanation: In an exothermic reaction, the total energy change in reactants and products comes out to be negative because the products’ energy is lesser than the reactants energy. Hence, (-) ΔHreaction indicates the release of energy.

Q7. What is the enthalpy change in the following decomposition reaction of HCl?

The average bond enthalpies (kj mol-1) for the concerned bonds are:

Answer: The total enthalpy for a reaction is calculated by the formula:

Hence, the reaction is endothermic.

Q8. Why does FeCl3 have a greater covalent character than FeCl2?

Answer: This is because the charge on Fe in FeCl3 is greater i.e. +3 than in FeCl2 i.e. +2. Due to this reason, the size of the Fe+3 ion is smaller than Fe+2. Hence, Fe+3 ion creates more polarisation and hence, more neutralization of charge takes place. Therefore, the ionic character of FeCl3 decreases and the covalent character increases.

Since graphite (C) is made from carbon, its molar mass is 12 g mol-1

This reaction is exothermic in nature.

Q10. Predict the spontaneity of the reaction:

Answer: From the relationship between standard free energy change and the equilibrium constant, we have:

Since KP = 0.98, ΔrGo comes out to be negative. This indicates that the reaction is spontaneous.

Q11. Why is the molar enthalpy of vaporisation of acetone less than that of water?

Answer: In this, the inter-molecular forces come into play. Since the water molecules have strong H-bonding, water has higher molar enthalpy of vaporisation.

Answer: Bond energy is the amount of energy required to break 1 mole of bonds present in between the gaseous molecules. Since the bond energies of 1st, 2nd, 3rd and 4th C-H bonds in CH4 are not equal. An average value of the bond energies are taken.

Q13. Predict the enthalpy change for the isomerization of acetonitrile into methyl isocyanide.

Answer: The isomerization of acetonitrile into methyl isocyanide can be written into equation as:

In this, a C-C bond is broken and a new C-N bond is formed.

The reaction is endothermic.

Q14. Name 3 ions that are isoelectronic to Neon.

Answer: Neon has 10 electrons. The ions isoelectronic to Neon are Na+, Mg2+, and F–.

Q15. Out of NaCl and KCl, which will have more exothermic lattice energy?

Answer: The anions in both salts are the same. Both the cations have the same charge but differ in size. Since, Na+ is smaller than K+, NaCl has more exothermic lattice energy.

Q1. Which of the following alkali metals has the least melting point?

Q2. Why does Calcium have an abnormally higher boiling point than magnesium?

Q3. Name the energy associated when 1 mole of an ionic compound is formed from gaseous ions.

Q4. In Spite of the large electronegativity gap between Be and O in the BeO molecule, BeO is covalent. Why?

Q5. What are the decomposition products of Group II nitrates? 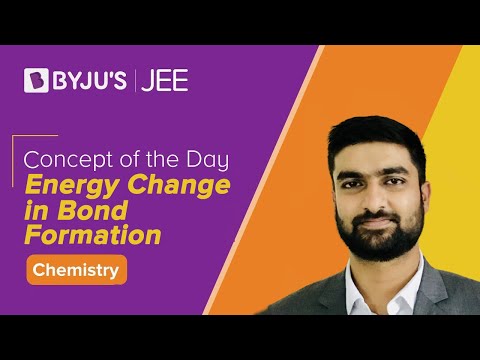