The Story of Coal

Coal is a fossil fuel and is the altered remains of prehistoric vegetation that originally accumulated in swamps and peat bogs.

The energy we get from coal today comes from the energy that plants absorbed from the sun millions of years ago.

Did you know that coal contributes approximately 40% of the world’s electricity production? In other words, the world relies on this fossil fuel for energy production more than any other energy source, including oil, natural gas, nuclear sources, the sun, water, and the wind. As of now, a number of coal deposits present will last for another 300 years, but after that, as it is an exhaustible natural resource, there will be none of this fossil fuel left. 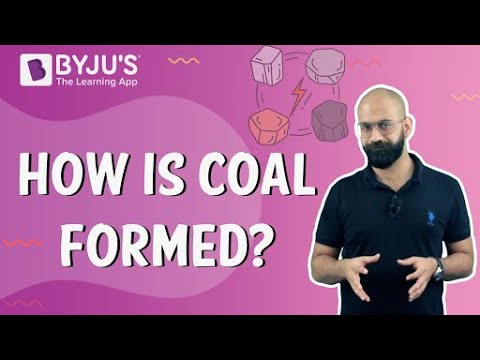 How is Coal Obtained? How are coal and petroleum found?

Coal and petroleum were formed from the remains of dead animals and plants that underwent different biological and geological processes. Coal is the remnants of trees, ferns and other plants that lived several million years ago. Earthquakes or volcanic eruptions have crushed these.

Is coal obtained from petroleum?

The term “petroleum” refers to rock oil or oil extracted from the ground. Petroleum products are fuels manufactured from crude oil and natural gas hydrocarbons. Coal, natural gas, and biomass may all be used to make petroleum products.

What is the origin of coal and petroleum?

Coal and oil are of organic origin, decomposed plant matter and animal waste buried deep within the earth. The name petroleum was given to crude oil because it occurs in rocks under the Earth’s crust.

What are the 4 types of coal?

Coal is a commodity regarded as a fossil fuel that is not renewable. It’s the most fossil fuel we’ve got. The four types of coal are peat, lignite, bituminous, and anthracite, with the high heat content of anthracite being the most desirable.

What is the element of coal?

Coal is mostly carbon with varying quantities of other elements; primarily hydrogen, sulphur, oxygen, and nitrogen.

To know more about the by-products of coal and other fossil fuels such as petroleum and natural gas, download BYJU’S – The Learning App.