Water is present almost everywhere. If the earth’s map is observed keenly, it is found that most of the area is blue, indicating the presence of water. About 71% of the earth’s surface is covered with water. Water is present in oceans, seas, lakes, rivers, ice caps, as groundwater and in the atmosphere. Water exists in different forms. 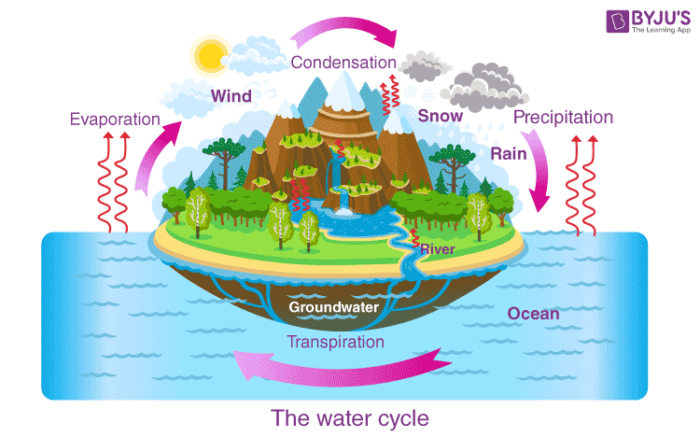 On the earth’s surface, there are three different forms of water namely solid, liquid and gaseous. Water exists in different forms due to the variations in climatic conditions. Water is a very important resource as it is used for drinking, cleaning, cooking etc. It should be preserved and carefully used as it is required for the survival of life on earth.

Forms of Water on Earth

Water is being continuously used and water conservation is the major concern in the present scenario. The water cycle has helped in maintaining water on the surface of the earth for millions of years. The water circulated in water cycle takes three different forms – solid, liquid and gaseous. The solid form of water – ice, is found at the poles of the earth, the snow covered mountains and the glaciers. The liquid form is present in the rivers, lakes, seas, and oceans. The gaseous form of water, water vapour is present all around us. 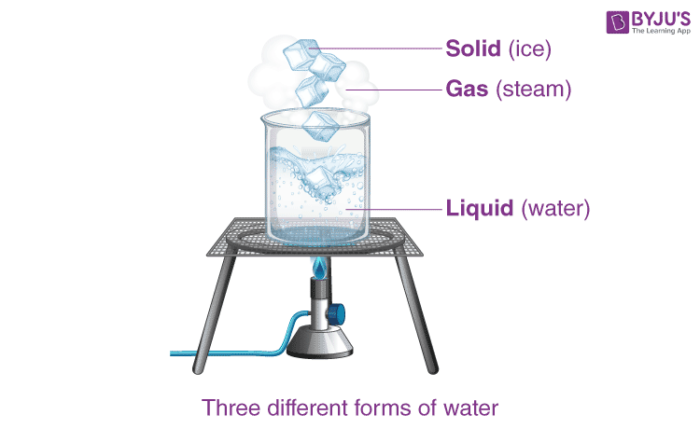 Water present in the oceans and seas evaporate due to the sun’s heat and get converted into water vapour. Ice caps and snow can directly sublimate into water vapour. The atmosphere has lower temperatures in some parts of the world which causes water vapour to condense into tiny droplets. These tiny droplets are heavier than air and therefore may fall if not supported by any uplift. A huge concentration of these tiny droplets results in the formation of visible clouds. The cloud particles collide with dust particles and precipitation occurs.

Precipitation occurs in the form of rain or snow. Rainwater falls on earth and flows to the rivers and lakes and some rainwater is absorbed by the earth’s surface. The groundwater gets replenished by rains. This cycle continues in order to maintain the water balance on the surface of the earth.

The article contains a brief description of various forms of water and the significance of the water cycle in maintaining water quantity. For any further detail install BYJU’S – the learning app.

Take up a quiz on forms of water
Q5