When some amount of energy is provided to an atom, the electrons inside the atom jump on to the higher energy orbits. However, if energy applied is sufficient enough, it can also knock out an electron completely from the outermost shell of an atom leading to the formation of a positively charged particle i.e. a cation.

Q3. The second ionization enthalpy for an element is the required energy for

Explanation: The second ionization enthalpy for an element is the required energy for the removal of 1 mole of electrons from 1 mole of the monovalent gaseous cations of the given element.

Q4. Which of the following atoms has the lowest first ionization enthalpy?

Q5. Which of the following atoms has the highest first ionization enthalpy?

Q6. Why is the first ionization enthalpy of the alkaline earth metals greater than the alkali metals?

Answer: This is because the alkaline earth metals have a greater nuclear charge than the alkali metals within the respective period. Hence, the ionization enthalpy increases on moving from left to right within a period.

Q7. How much energy will be required for the conversion of all of the Magnesium atoms into their respective magnesium cations present in 24 grams of Magnesium vapours? Given that the first (ΔiH1) and second ionization enthalpies (ΔiH2) of magnesium are 737.76 kJ mol-1 and 1450.73 kJ mol-1 respectively.

Answer: From the definition of successive ionization enthalpies:

Q8. Given the first and second ionization potentials of helium (He) are 24.58 eV and 54.4 eV respectively. Calculate the energy (kJ) required to produce one mole of He2+ ions.

Q9. What happens if the pressure is increased during the Haber’s process?

Answer: On increasing the pressure, the equilibrium of the reaction moves to its right. Hence, the yield of ammonia will increase. However, to apply high pressures, heavy and large equipments are required which are very expensive. Hence, pressure is set at a compromisable unit of 200 atm.

Q10. Arrange the following electronic configurations in the increasing order of their ionization enthalpies.

Q11. Out of Fluorine and Chlorine, which one has the lowest first ionization enthalpy?

Answer: Chlorine has the lower ΔiH1 owing to its larger size and stronger shielding effect.

Answer: Since both carbon and boron belong to the 2nd period, their electronic configurations must be compared to get an explanation.

Carbon and Boron have their outermost electron in the same subshell i.e. 2p. Carbon has comparatively higher nuclear charge and hence more nuclear pull on the outermost electron than in boron. Hence, ΔiH1 of boron is less than that of carbon.

After the removal of an electron from carbon and boron, the electronic configuration:

Since, the monovalent Carbon and Boron have their outermost electron in 2p and 2s subshell respectively. The s-subshells are more penetrated towards the nucleus, hence have more effect of nuclear attraction on its electrons. Hence, ΔiH2 of Boron is higher than carbon.

Q13. Out of Na, Mg, Si, and P, which one has the greatest difference in between their ΔiH1 and ΔiH2?

Answer: Na being an alkali metal has the lowest value of ΔiH1. However, after the removal of an electron, Na acquires a noble gas core, hence, the ΔiH2 of Na is very high. Hence, the difference between the ΔiH1 and ΔiH2 of Na is the highest.

Q14. Arrange the following ions in decreasing order of ionic radii: Li2+, He+, and Be3+.

Q15. Which among the following have the largest and the smallest sizes?

Answer: Both Mg and Al belong to the third period. As the atomic radii decreases on moving from left to right in a period due to increasing nuclear charge. Hence, Mg has a larger atomic radius than Al.

Hence, Mg has the largest and Al3+ has the smallest size.

Q1. For which of the following electronic configurations, the value of ionization enthalpy is the lowest?

Q2. Given are the first and second ionization enthalpies of some elements in kJ mol-1.

Q3. Explain why cations are smaller and anions are larger in size?

Q4. Would you expect the first ionization enthalpies of the two isotopes of hydrogen to be the same or different?

Q5. Chlorine can be converted into the chloride ion more easily than the conversion of Fluorine into fluoride ion. Explain. 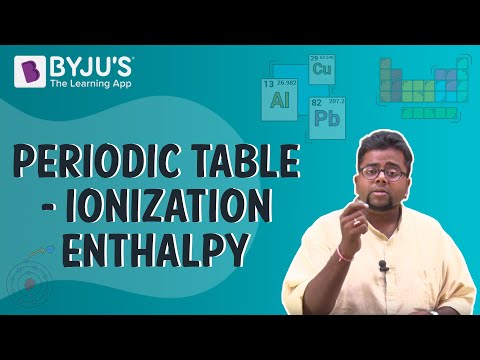 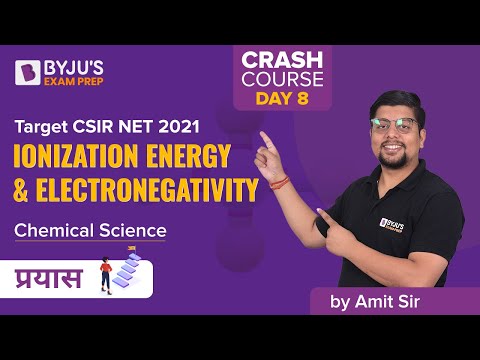