A psychrometer is a hygrometer made up of two thermometers that are identical. One thermometer’s bulb is kept wet, causing it to record a lower temperature than the dry-bulb thermometer due to evaporation cooling.

A psychrometer tests both the dry and wet bulb temperatures at the same time. A wet wick mounted over the thermometer bulb is used to determine the temperature of the wet bulb. Practically any kind of thermometer can be used. 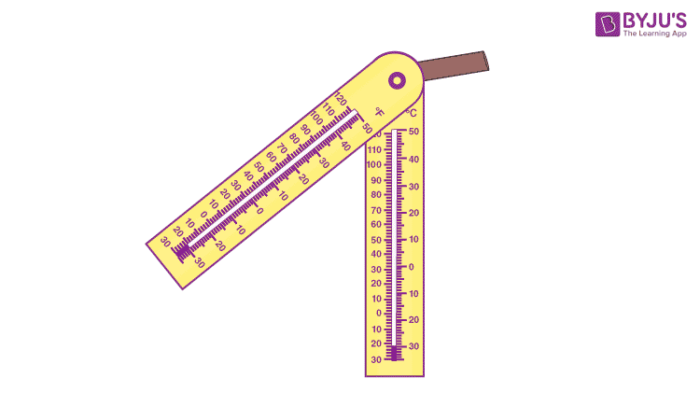 The wet bulb is covered in muslin, which is soaked in water and acts as a wick. When the web bulb is removed from the bath, it cools due to evaporation. A sling psychrometer is one that has the bulb whirled around to speed up evaporation.

A dry-bulb thermometer is a regular thermometer, while a wet-bulb thermometer is one with a cloth-wrapped bulb that has been moistened with distilled water. One bulb is dripping wet, while the other is completely dry. To test the temperature, we expose the dry bulb to the cold. We wrap a cloth wick around the wet-bulb and soak it in water until it’s ready to use.

The amount of evaporative cooling on the psychrometer’s wet bulb is proportional to the amount of moisture in the air. Drier air absorbs more moisture from the bulb, which causes it to cool down faster. The temperature does not change as much because the warmer air cannot retain as much water from the bulb. In other words, the more humid the air is, the greater the change in the wet bulb temperature.

Much information about atmospheric conditions, such as humidity, air temperature, surface temperature, and dew point, can be shown on a digital screen at once. However, these devices must be calibrated to local conditions for 20 to 30 minutes before use, and the wet bulb sensor will dry out if not used for a prolonged period of time.

As a result, despite needing a little more legwork on the part of the user, the good old manual psychrometer retains its appeal. They would use a psychrometric chart to determine the final humidity reading after reading both bulb temperatures.

While psychrometers are no longer widely used, they are still sometimes used to calibrate humidistats, which regulate the internal humidity of air conditioning and heating systems in buildings. Psychrometers were once used in the construction of building ventilation systems.

A psychrometer tests both the dry and wet bulb temperatures at the same time. A wet wick mounted over the thermometer bulb is used to determine the temperature of the wet bulb. Practically any kind of thermometer can be used.

In some ships, the primary wet bulb temperature measurement system is an electric psychrometer. They use it as a backup for air temperature and dew point sensors that are automatically mounted.

Psychrometers are used for musical instruments such as pianos, guitars, and violins, which can be affected by excessive humidity. Paints are susceptible to humidity, so it’s used in the coating’s industry.

How do you read wet bulb temperature?

What unit does a psychrometer measure in?

Electronegativity is a function of an atom’s ability to attract an electrons binding pair. The most frequently used is the Pauling scale. Fluorine is assigned a value of 4.0, and values that are the least electronegative at 0.7 range down to cesium and francium.

How does a slingshot psychrometer measure relative humidity?

A hygrometer is an instrument that can be used to measure relative humidity. The simplest hygrometer is a sling psychrometer, which consists of two thermometers connected by a chain and a handle. Water evaporates from the wick during the whirling, cooling the wet-bulb thermometer.

What is used to measure humidity?

A hygrometer is a device that measures relative humidity levels. The amount of moisture in the air is measured by humidity. A psychrometer, for example, is a type of hygrometer.

How do you calculate relative humidity using a psychrometer?