This topic explains the resonance effect or Mesomeric effect and its types. In organic chemistry, the behaviour of electrons differs when the elements other than that of the carbon atoms and hydrogen actively take part in the formation of molecular bonds.

The electronic factors influencing the organic reactions includes the electromeric effect, the inductive effect, resonance effects, hyperconjugation, etc. All these factors relate to the organic molecules, in a diverse manner. Most of the biological molecules consist of a combination of these six elements: carbon, nitrogen, hydrogen, oxygen, sulphur, phosphorus. Yet, they do not prevent the organic compounds from taking on the diverse properties of their chemical reactivity and physical characteristics. 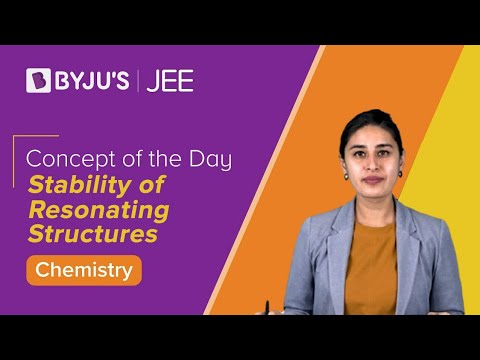 The main difference between resonance and the mesomeric effect is that the resonance effect describes how a molecule’s lone electron pair and bond electron pair determine its chemical structure, whereas the mesomeric effect describes how a molecule’s chemical structure is stabilized by using a functional group.

The diagram above depicts the various resonance configurations of several substances with resonance effects.

The main difference between resonance types is the electron configuration. Because resonance structures clearly exhibit bonding in molecules, they provide a better representation of a Lewis dot structure. The more resonance structures a molecule possesses, the more stable it becomes. Mesomeric effects are caused by π-electron delocalization and contribute significantly to changes in acid and base strength caused by remote substituents, particularly via double bonds in conjugation with the ionizable centre, such as ortho or para (but not meta) substituents in aromatic or heteroaromatic compounds.