Sieving is a separation technique based on the difference in particle size. The sieve is responsible for retaining the larger particles.

Most of the things that we come across in our day-to-day life exist as a mixture of two or more pure substances.  We need to separate these pure substances from the mixture in order to use them individually. For example, you must have noticed that we don’t use the flour bought from the vendors directly for cooking chapatti. We use certain separation techniques in order to separate the flour from the impurities attached to it. 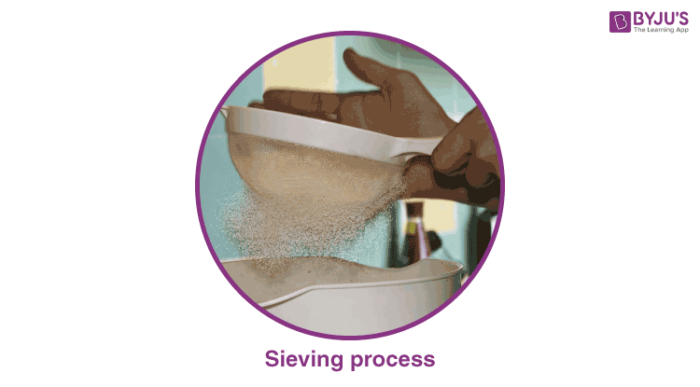 Sieve plates have meshed or perforated bottoms which allow only particles of a specific size to pass through it. The size of mesh can vary from one place to another depending upon its application. For example, sieving is also used for separation of husk and stone from wheat. Here we use sieve plates having a greater mesh size in comparison to the one used for separation of flour. 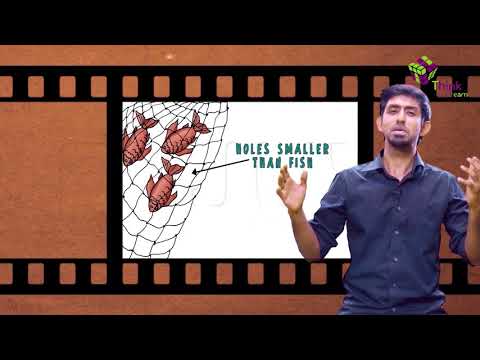 What is sieving and where it is used?

Sieving is a method of using a sieve to distinguish small particles from bigger particles. It is used in flour mills or building sites. Impurities such as husks and stones are extracted from wheat at flour mill. They remove pebbles and stones from sand through sieving.

What is sieving used for?

Sieving is a simple method of separating particles of varying sizes. A sieve like used to sift meal has very small holes. Coarse particles are separated or broken up by grinding against each other and the openings on the screen.

What is the principle of sieving?

The sample is subjected to horizontal or vertical motion during sieving according to the method chosen. This causes a relative movement between the particles and the sieve; the individual particles either pass through the sieve mesh, or are retained on the sieve surface depending on their size.

What is the benefits of Sieving?

The benefits of the sieve technique include simple handling, low cost of operation, accurate and reproducible tests in comparatively short time and the probability of separating the fractions of particle size. This method is therefore an accepted alternative to methods of analysing using laser light or image processing.

Where do we use sieving?

Sieving is a method of using a sieve to distinguish small particles from bigger particles. It is used in flour mills or building sites. Impurities such as husks and stones are extracted from wheat at flour mill. They remove pebbles and stones from sand by sieving.

To learn more about sieving and other separation techniques download BYJU’S – the learning app.

Take up a quiz on sieving
Q5