Hydrochloric acid is formed when Hydrogen Chloride gas is mixed in water. When the reaction takes place Hydrochloric acid also known as Muriatic Acid forms giving out a pungent smell and is basically an odourless and colourless solution. Each molecule of HCl is composed of a one-to-one ratio of hydrogen and chlorine. It is a highly corrosive chemical compound and can be toxic as well.

Hydrochloric acid also known as muriatic acid, is a poisonous, corrosive hazardous liquid that reacts with most metals to form explosive hydrogen gas and causes severe burns and irritation of eyes and mucous membranes. It is made by absorbing hydrogen chloride in water. Most acid is the by product of chlorination. Pure acid is produced by burning chlorine and hydrogen.

Hydrogen acid is available in technical, recovered, food processing and reagent grades. Frequently the commercial grades are slightly yellow as a result of impurities notably dissolved iron. Reagent grade, which normally contains about 37.1% hydrochloric acid, is perfectly clear and colourless.

This acid is also found primarily in several industries like rubber, textiles, and even in photography. It is also a common item in homes. Having said that, there are a lot of uses of Hydrochloric acid. Industrially, it is used to process steel, in the production of batteries, fireworks and more. Let’s have a look at some uses of HCL in detail.

Hydrochloric acid/is used in the production of organic compounds like vinyl chloride and dichloromethane for plastics or PVC (Polyvinyl Chloride), bisphenol A, and many others.

This acid is used to prepare compounds that are used as water treatment chemicals. Some examples include polyaluminium chloride (PAC), iron(III) chloride, ferric acid, an aluminum carbohydrate which are used in treating the water. It is also used in the regeneration of ion exchange resins and it is specifically used to rinse the cations from the resins.

Hydrochloric acid is highly corrosive and because of this nature, it is used as a chemical to remove stains or rust especially from metals like iron, copper, and others. It is often used in a diluted form. Hydrochloric acid is commonly used for cleaning tiles in kitchens and bathrooms and it also disinfects thoroughly. It is also used in the textile industry for bleaching clothes and process leather in the leather tanning industry.

4. For Purification of Table Salt and pH Control

This acid is used to purify table salts. Further, HCl is used mostly for regulating the acidity (pH) of solutions and it is used in controlling the pH of pharmaceutical products, foods, and water.

Hydrochloric acid is used in the production of oil production. Generally, HCl acid is injected into a rock where due to the reaction the rock forms large-pore structures. Now, this significantly assists in oil production.

These are some popular uses of Hydrochloric acid. To know more about the properties and structure of acids and bases you can keep visiting BYJU’s or download our app for interesting content and learning experience. 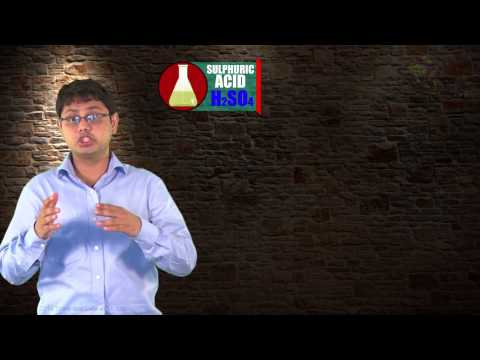 HCl is the most common acid used. Organic acids acetic acid and formic acids came into use because they are less corrosive than hydrochloric acid. Therefore, their primary benefit is in high temperature applications.
Formic acid is more strongly reactive than acetic and is closer to HCl in strength albeit still weaker. Therefore, formic acid is not often used alone, although it can be. When it is necessary to replace HCl completely with a weaker acid, acetic acid is the common and most logical choice. Acetic and formic acids are more commonly used in combination with HCl, HCl-acetic, HCl-formic and formic acetic acid blends exist for high temperature acidizing applications.

What is the hydrochloric acid used for?

In the manufacture of batteries, photoflash bulbs, and fireworks, hydrochloric acid is also used. It is even used for sugar processing and gelatin production. Like last month’s chlorine compound, sodium chloride, hydrochloric acid is another chemical “workhorse” because it is extremely useful in a wide variety of ways.

Hydrochloric acid is known as a toxic substance and is regulated. Acidic mist may contain condensed hydrochloric acid, known as hydrochloric acid fumes. Both this mist and the solution have a corrosive effect on human tissue, with the ability to irreversibly damage breathing organs, hair, skin, and intestines.

Is hydrochloric acid a compound?

Hydrogen chloride (HCl), a hydrogen and chlorine mixture of the elements, a gas at atmospheric temperature and pressure. Hydrochloric acid is considered a gas solution of water.

Is HCl a volatile acid?

Hydrochloric acid is a volatile substance, and membrane distillation will isolate it from its solutions.

What is another name for hydrochloric acid?

A strong corrosive acid widely used as a reagent in the laboratory. It is formed by dissolving water chloride from hydrogen. GASTRIC ACID is the hydrochloric acid component of GASTRIC JUICE’s.

Test your knowledge on Uses Of Hydrochloric Acid
Q5