Water is vital to life. We use it for drinking, washing, cooking, and a number of other human activities. Two-thirds of the earth’s surface is water, and the irony is that we are facing water scarcity problems today. With the ever-increasing population and pollution, the demand for water has increased and the quantity of usable water has decreased.

Contaminated water from households, industries, power plants, etc., results in the pollution of water. Usually, they are polluted to the extent that they cause problems for humans and animals.

One of the most severe pollutants is the disease-causing microorganisms called pathogens. Pathogens are mostly bacteria, viruses, and protozoa. Although bacteria are considered harmless if not beneficial, there are a few pathogenic bacteria as well, which enter the water bodies through sewers and sanitation systems. The water-borne pathogens cause several diseases such as diarrhoea, gastrointestinal illness, etc.

Organic water pollutants include food waste, detergents, leaves, grass, etc. They originate from domestic sewage, discharge from food processing factories and farm wastes that reach the water sources through runoff and pollute them. It is a fact that bacteria decompose complex organic matter into the simple organic matter.

They consume oxygen which is dissolved in water. As the organic waste content in the water increases, so does the count of decomposers. They use up a lot of oxygen which results in the depletion of oxygen content in water. This adversely affects aquatic life.

Chemical pollutants include heavy metals such as mercury, lead, cadmium, etc., solvents from industries, pesticide run-offs, oil spills from ships, etc. They are poisonous to aquatic life forms and cause infertility and death. The metal wastes are dangerous to humans as well when they get absorbed in our body. They can damage the nervous system, kidneys, etc. 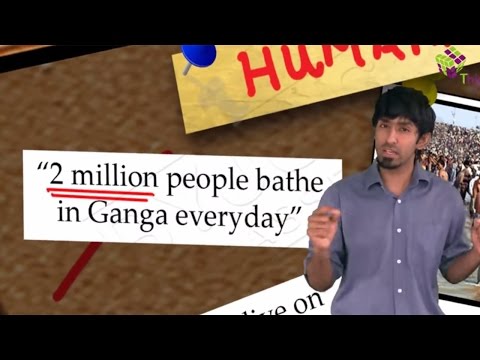 To learn about water pollution, potable water and more, register and download BYJU’S – The Learning App.