In sci-fi movies, you might have seen objects vanishing instantly. In the quantum world, this is possible. When equal amounts of matter and antimatter come in physical contact, both will annihilate into pure energy. Let’s consider two humans, one of ordinary matter and another of pure antimatter. Both humans will annihilate each other at the very moment of physical contact, leaving behind flashes of light and energy.

In quantum physics, antimatter is stated as matter consisting of the antiparticles of the corresponding particles in ordinary matter. A meagre number of antiparticles are produced daily at particle accelerators. The entire artificially generated antiparticles have been just above a few nanograms. They are also naturally created during a few types of radioactive decay and cosmic ray phenomena. However, only a tiny percentage of these have been trapped together to construct antiatoms. Due to the high cost and cumbersome process, we have not been able to create or bound a macroscopic amount of antimatter. 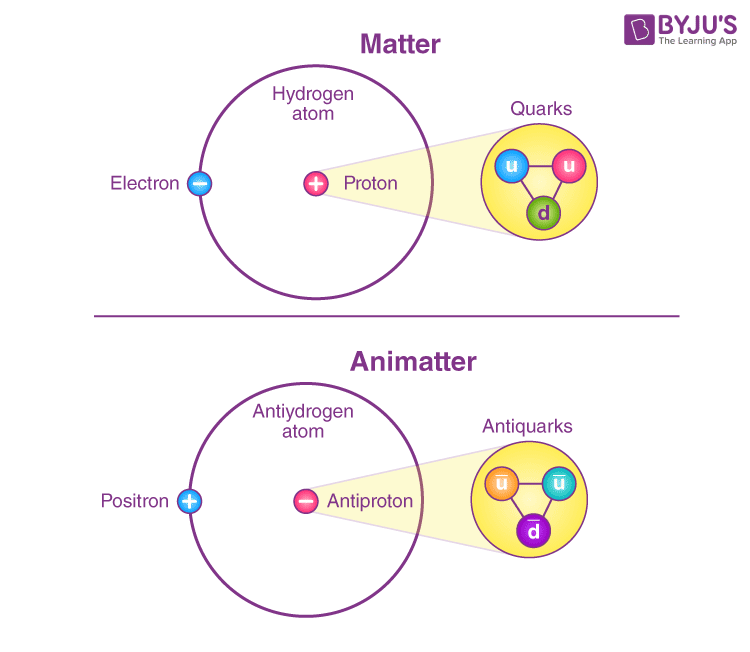 A collision between any matter and its antimatter pair paves the way to their mutual destruction. This may also result in the creation of various quantities of neutrinos, gamma rays, and sometimes particle-antiparticle pairs. The energy conversion completely resonates with the mass-energy equivalence equation.

The quantity of energy expelled is generally proportional to the total mass of the smashed antimatter and matter. 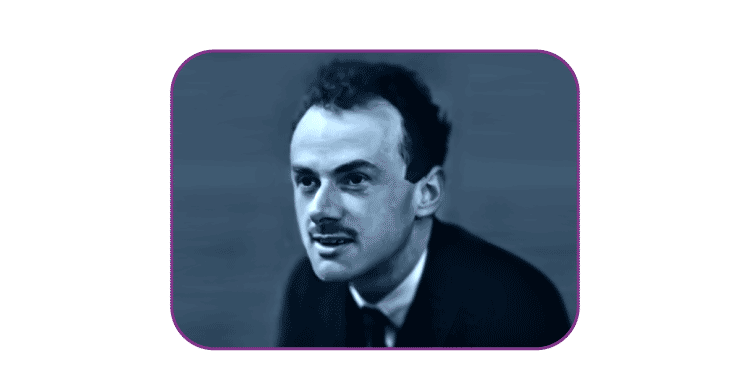 To negotiate this problem, Dirac dissected the equation and interpreted that there is a corresponding antiparticle for all particles. It exactly matches most characteristics of the particle but has an opposite charge.

For example, an electron and its antiparticle positron have the same characteristics, and their charges are opposite in nature.

This prediction opens an entirely different realm of possibilities, celestial bodies and other universes made of antimatter.

By definition, an antiparticle is a subatomic particle possessing the equivalent mass as its normal particle counterpart, but with the opposite magnetic moment and electric charge.

For example, a positron is the antiparticle of an electron. It is just a particle with all the characteristics of an electron other than its charge. Neutrino is an uncharged subatomic particle with a propagating speed very close to light speed. It has an anticlockwise spin when viewed from behind. On the other hand, antineutrino spins in a clockwise direction.

In the case of a spinning antineutron, it has zero net electric charges. On the other hand, its magnetic polarity is the opposite of a corresponding spinning neutron. When the pair interact with each other, flashes of energy are produced.

Antiparticle and particle pairs could annihilate each other, generating photons. The total charge of these pairs is conserved because antiparticles and particles have opposite charges with respect to one another. In emission tomography, pairs of gamma rays are created during the annihilation process of positron and electron (natural radioactive decay).

For both particles and antiparticles, the laws of nature are almost symmetrical. Take the case of an antihydrogen atom; it is made of positron and an antiproton. It is considered to have very similar properties to an ordinary hydrogen atom except for charges of the individual particles.

Here raises a fundamental question, why is this universe predominantly made of ordinary matter? Why is there no equal amount of matter and antimatter? In reality, there is no perfect symmetry as once believed. By analysing the charge parity violation, we can understand that the ideal symmetry is just an estimation.

When an antiparticle and particle are in the ideal quantum conditions, they can obliterate each other. This usually produces particles like photons, which might also kickstart the creation of other subatomic particles. 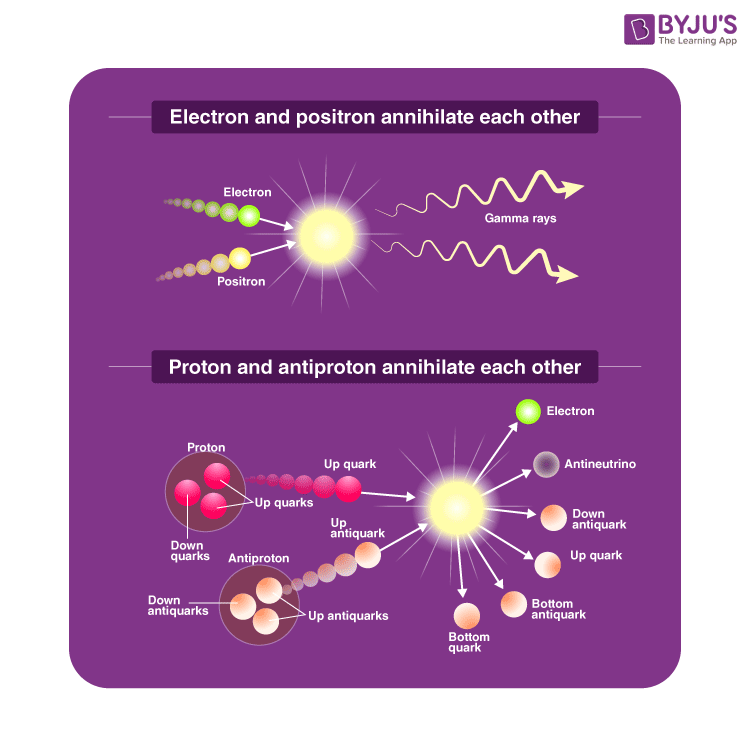 Major theories in physics point out that the universe emerged from a singularity about 13 billion years ago. At that moment, antimatter and matter co-existed in equal quantities. This is because laws of nature point towards the creation of antimatter and matter in equal pairs. Fortunately, there was a slight imbalance. Just after the big bang, ordinary matter started to dominate. For every billion antiparticles, there existed a billion and one particles. So there was enough ordinary matter to kickstart the creation of this universe.

Both are very similar yet different entities; they cannot survive with each other’s presence. They always obliterate each other in a flash whenever they are in physical contact.

Just a few nanoseconds after the big bang, every billion antimatter had been destroyed with a billion ordinary matter. Due to the strange imbalance, left out ordinary matter started to build atoms, molecules, galaxies, planets, stars and everything in this universe. 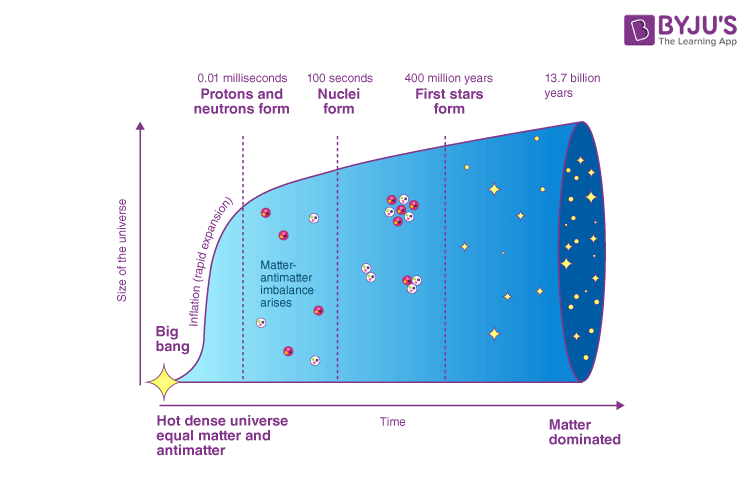 There are many speculations about the asymmetry among antimatter and matter. One possibility is that the laws of physics were quite different in that short span of time. Some physicists believe that early antimatter still exists, hidden somewhere our instruments cannot detect. 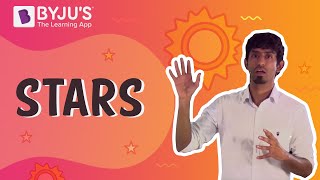 Antimatter in the Real World

Antimatter has been detected in nature many times. It is usually found in cosmic rays. As cosmic rays zip into the Earth’s atmosphere, new particles are formed.

In 1932, Carl Anderson was analysing tracks created by cosmic rays in a cloud chamber.

A weird phenomenon happened: one particle generated a track like an ordinary electron, but the path was bent in the magnetic field. The nature of the bent showed that it was a positively charged particle. The particle has later been named the positron.

Antiprotons, positrons and antineutrons have been created in the lab. Positrons can be created by lightning. Positron Emission Tomography (PET) uses artificial positrons in medical scans.

Here is a table of some fundamental antiparticle-particle pairs.

Antimatter is stated as matter consisting of the antiparticles of the corresponding particles in ordinary matter.

Who predicted the existence of antimatter?

Paul Dirac predicted the existence of antimatter. In 1928, Paul Dirac combined special relativity and quantum theory to break down the nature of an electron travelling at a relativistic speed through his equation. It exactly matches most characteristics of the particle, but has an opposite charge. It was later named the positron.

What is an antiparticle?

An antiparticle is a subatomic particle possessing the equivalent mass as its normal particle counterpart, but with the opposite magnetic moment and electric charge.

What are the examples of antiparticles?

Some of the important examples of antiparticles are positron, antineutron, antiproton and antineutrino.

What is the big bang?

The big bang is the theory that suggests that the universe was created from a single point (singularity). From that moment onwards, the universe is still expanding.