A Bipolar Junction Transistor (BJT) is a three-terminal semiconductor device that consists of two p-n junctions and are able to amplify or magnify a signal. A BJT is a current controlled device. A bipolar junction transistor has three terminals: emitter, base and collector. A junction transistor uses both electrons and holes as charge carriers.

There are two types of junction transistors and they are: 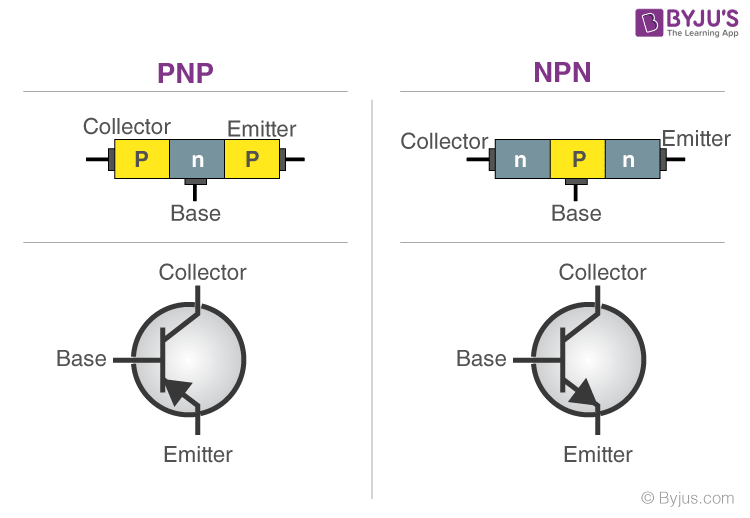 In an NPN transistor, a p-type semiconductor base is sandwiched between an n-doped emitter and n-doped collector. NPN transistors are the highest used bipolar transistors due to the ease of electron mobility over electron-hole mobility.

Stay tuned with BYJU’S to learn more about diode, semiconductor devices, and many more with interesting video lectures.