AP Board SSC Class 10 Social Studies Solved Question Paper 2 2017 PDF is solved by our professional experts. With the help of these solutions students can get an idea of the correct methodology to write an answer. All the solutions are correctly solved keeping in mind the standard of Class 10 board exam.

These solutions are of great help while solving the previous year question paper of 2017 as students can refer to it once they are done solving the paper. By doing, so they can rectify their mistakes and work on their weak points. Students can access the solved paper in pdf format and can download it for future reference. 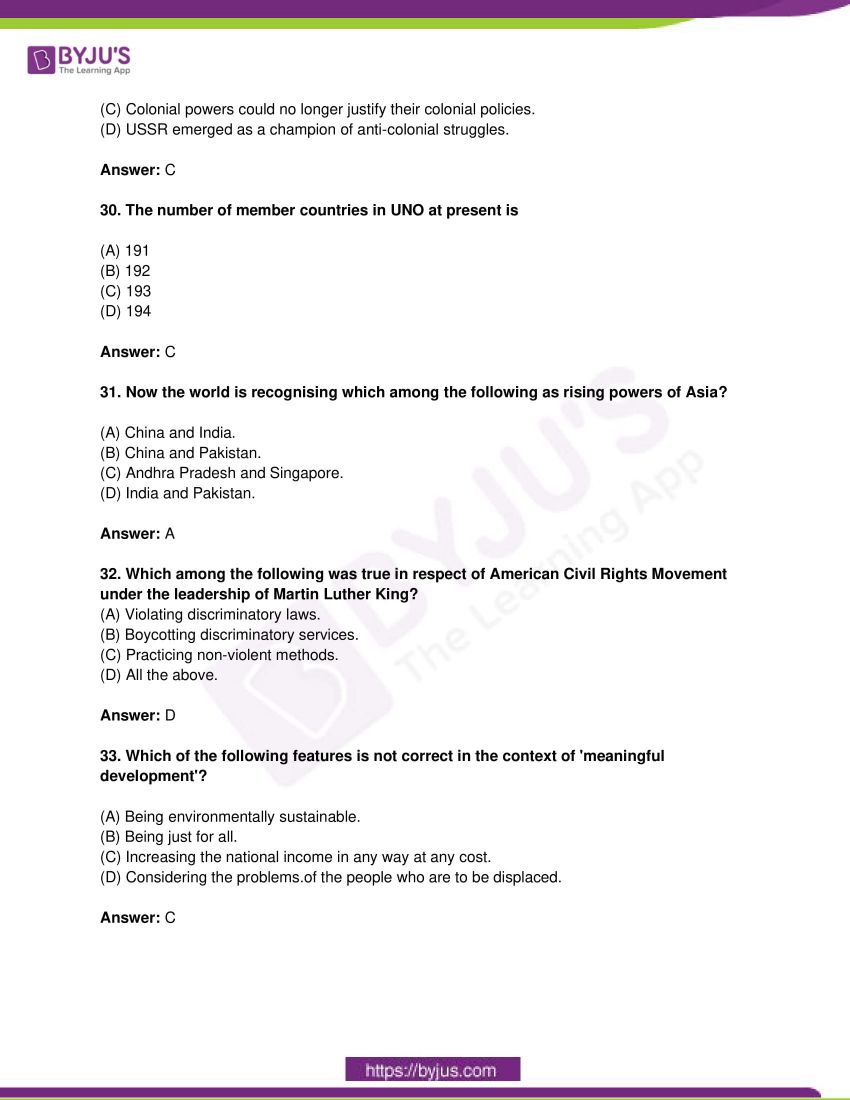 1. How did the Election Commission overcome the problem of illiteracy in the conduct of the first general elections in India?

Answer: The Election Commission overcame the problem of illiteracy in the conduct of the first· general elections in India in the following ways:

2. Write any two benefits of Lok Adalat in respect of entertaining disputes.

Answer: The advantages of Lok Adalats are:

3. Which welfare schemes initiated by N.T. Rama Rao are still continuing with some changes in Andhra Pradesh?

Answer: The welfare schemes initiated by N.T. Rama Rao which are still continuing with some changes in Andhra Pradesh are:

4. What was your opinion on Hitler’s treatment of the Jews in Germany?

Answer: Jews were treated very badly in Germany by Hitler. Some of Hitler’s policies towards Jews were:

5. Why is peace between India and Pakistan necessary for the development of both the countries? Explain, keeping in view the recent·developments.

According to the recent development Pakistan is suffering from inflation because there are a lot of loans against the Pakistan government and even the interest rate is too high. In terms of economy, the Pakistan Economy is not growing as fast as the Indian Economy.

Both the countries should work simultaneously on their growth and development and secure more reported stature in the global platform.

7. Mention any two happenings of the 20th century in support of calling it, “The Age of Extremes”.

Answer: The two happenings of the 20th century in support of calling it, “The Age of Extremes” are:

8. Study the map given below and answer the question that follows. 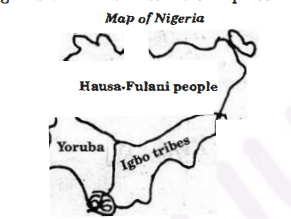 Q: How were the British able to implement their ‘divide and rule’ policy.in Nigeria?

Answer: The British were able to implement their divide and rule policy in Nigeria because of the following reasons.

9. Based on the information given below, answer the following questions.

Q (i) Who was the Prime Minister at the time of demolition of Babri masjid?

Answer i: PV Narasimha Rao was the Prime Minister at the time of demolition of Babri Masjid.

Answer ii: The two examples of coalition government are:

10. (A) Describe the consequences of the World wars.

Explain the impact of globalisation and neoliberalism on the lives of marginalised people.

Answer A: The consequences of the World Wars are:

Answer B: The answer for this question will be answered soon.

11. (A) Read the following paragraph and answer the question given below.

Gandhiji moved amongst riot hit people, in camps and hospitals, spreading the message of peace and brotherhood. This was not the freedom and Swaraj he had worked so hard to achieve. The Father of the Nation fasted and did not celebrate on the first Independence Day.

Q: Comment on the conditions that the people had to face on both sides of the newly drawn border with the creation of Pakistan.

(B) Write your comments on the opinion of Ambedkar given below.

On the 26th of January 1950, we are going to enter into a life of contradictions. In politics, we will have equality, and in social and economic life, we will have inequality.

Answer A: The situation between both the countries India and Pakistan was very adverse because partition leads to riots, violence in which lots of common people were affected. Large number of people lost their lives, livelihood and the situation was getting worse on a daily basis.

Answer B: India will be an independent country on 26th January 1950 as he said in November 1949. In his speech he said to the Indian people that we all were going to enter a new era. In this era the situation will be different due to inconsistent elements present. It means there will be diversity but we have to maintain unity in diversity.

12. (A) Plot the below information on a Bar graph (Rough diagram)

(B) Observe the information given in the graph and write a few sentences by analysing it. 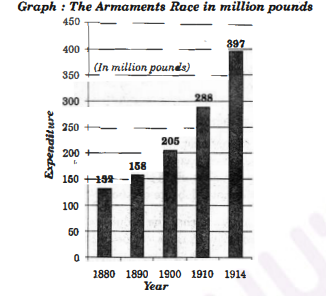 Answer A: The answer for this question will be answered soon.

13. (A) Locate and label any four of the permanent members of the United Nations. Security Council on the World map given.

(B) Point out the following countries on the World map given.

14. The feature which is not related to Stalin among the following is

(A) Collectivisation of agriculture.

(B) Announcement of ‘The New Deal’.

15. The Indian National Leader, who appealed to Hitler to prevent the war is

16. Constitutional amendment in India can be done only by the

(A) How Russia was able to escape the effect of the Depression.

(B) How the ideals of Russian Revolution were compromised in the USSR.

(C) How Russia achieved full employment for all its citizens.

18. Who among the following is regarded as the founder of modern China?

19. As a result of oil extraction in the Niger Delta, Nigerian common people

(B) were not benefited much.

20. The Muslim League announced the ‘Direct Action’ to win the following demand:

(A) Separate seats for Muslims in all councils.

(B) Absolute right to League for choosing all the Muslim members of Executive council.

21. The charge of the integration of princely states was given to

22. The immediate cause of the Second World War is

23. The border-line between India and China is

24. Anti – Hindi agitation started in which of the following states?

26. Planning, for Nehru was

(B) ‘Good politics’ only

27. Who among the following Prime Ministers opined that out of every rupee spent on the poor, barely 15 paise reaches them?

28. 1977 elections were historical for Indian democracy because

(A) The Congress party was defeated for the first time at national level in these elections.

(B) These were the first multi-party elections

(C) These were the first free and fair elections.

(D) EVMs were used for the first time in these elections.

29. Which among the following was not true in the context of the Second World War?

(A) The worst affected were the European countries.

(B) The industries of the USA were highly damaged.

(C) Colonial powers could no longer justify their colonial policies.

(D) USSR emerged as a champion of anti-colonial struggles.

30. The number of member countries in UNO at present is

31. Now the world is recognising which among the following as rising powers of Asia?

(A) China and India.

(B) China and Pakistan.

32. Which among the following was true in respect of American Civil Rights Movement under the leadership of Martin Luther King?

33. Which of the following features is not correct in the context of ‘meaningful development’?

(A) Being environmentally sustainable.

(C) Increasing the national income in any way at any cost.

(D) Considering the problems.of the people who are to be displaced.