Carbon is a non-metal that belongs to the fourteenth group in the modern periodic table. Learn more about it from AP Class 10 Physical Science Chapter 14 Carbon and its Compounds.

The possibility of bond formation by a carbon atom is as follows: 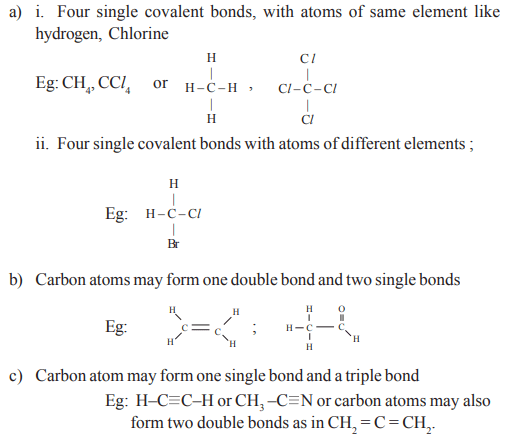 Stay tuned to BYJU’S to get the latest notification on SSC exams along with AP SSC model papers, exam pattern, marking scheme and more.