Lattice Enthalpy of an Ionic Solid

Ionic compounds have a strong molecular force of attraction and they are generally found in solid states. In these ionic solids, the molecules are arranged in a three-dimensional grid-like structure also known as a lattice structure. The amount of energy required to completely separate one mole of the solid ionic compound into constituent gaseous ions is known as lattice enthalpy.

Lattice enthalpy is a measure of the strength of an ionic compound. Whenever an atom loses an electron, it requires energy and whenever an atom gains an electron, it releases energy. Thus the strength of an ionic compound depends upon the ease with which the positive and negative ions are formed from the respective neutral atoms. The ease of formation of positive and negative ions depends on the ionisation enthalpy and electron affinity as described below: The ions in the lattice crystal are attracted due to an electrostatic force of attraction present between them. As we know that this force is directly proportional to the magnitude of charge, hence higher the charge stronger the lattice enthalpy.
For e.g. Potassium Chloride and Calcium Chloride have the same crystal lattice arrangement but still, the lattice enthalpy of the latter is greater than the former. This is because calcium ions have 2+ charges while potassium ions have only 1+ charge and as we know that electrostatic force of attraction is directly proportional to charge, so in the case of calcium chloride, this force is stronger.

Smaller atoms have smaller interatomic distances and so have a stronger binding force. This results in higher lattice enthalpy. For example, if we go down in group 16 of the modern periodic table from fluoride to iodide, the lattice energy keeps on decreasing for their sodium salts reason being an increase in the size of atoms from fluoride to iodide” after salts. 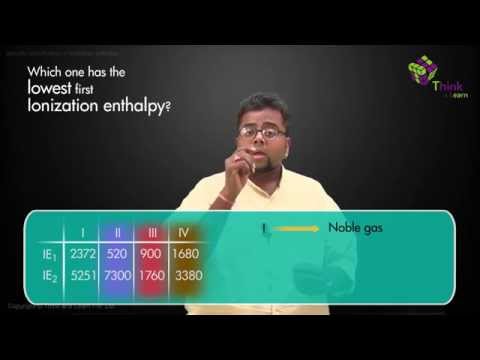 To know more about lattice enthalpy, crystal lattices and the stability of ionic compounds, join BYJU’S – The Learning App.

Test your Knowledge on Lattice enthalpy of an ionic solid!
Q5