Methylene is a diatomic radicle forming ethers analogous to those of ethylene. The chemical formula of methylene is CH2.

Methylene is fluid-like chloroform in appearance and odour, but differing in its boiling point and its specific gravity. Methylene was used as the name for methanol, which is wood alcohol, CH3OH, in the early 19th century. Methylene comes from methe + hyde, the latter being the Greek word for wood, so methylene would mean wine from wood. 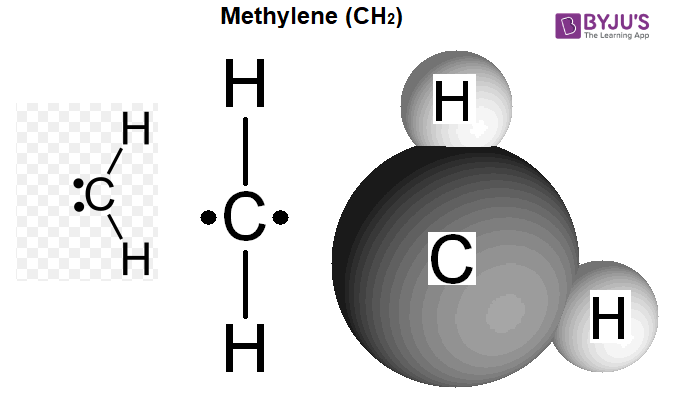 Is methylene an alkene?

As with alkanes, alkenes form a homologous sequence of molecules that increase molecular weight by adding units of methylene (–CH2–). If the double bond is at the end of a molecule it is called a terminal alkene.

What is methylene hydrogen?

In organic chemistry, a methylene group is any portion of a molecule composed of two hydrogen atoms linked to a carbon atom, which is bound by two single bonds to the rest of the molecule.

What is an active methylene group, give an example.

The group of active methylene is the group that has two -I or -R groups on either side. Therefore the hydrogen in this group -CH2 is highly acidic. For example, taking acetylacetone into consideration.

What is a methylene proton?

What is the difference between methyl and methylene?

Test your Knowledge on Methylene!
Q5