Difference Between Transducer and Sensor

Transducers and sensors are used in various appliances and gadgets but there is a difference between transducer and sensor which needs to be understood.

A transducer is a device that is used to convert a non-electrical signal into an electrical signal whereas the sensor is used to measure the physical changes that occur in the surroundings like temperature, light, etc and convert it into a readable signal.

Examples of sensors are:

Example of transducers are:

The transducer consists of a sensor and signals conditioning circuits and finds application in communication systems to convert the electricity to electromagnetic waves. 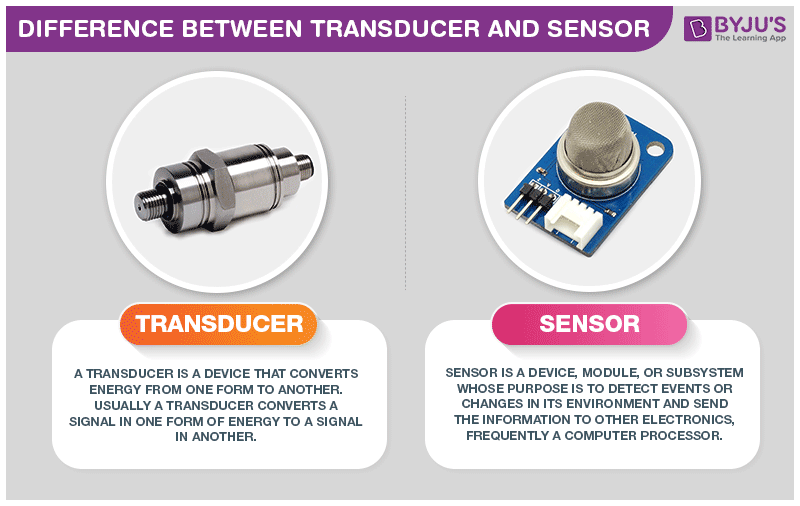 What is the difference between Transducer and Sensor?

There are different types of sensors available and can be used for remote sensing such as the most general example such as the motion sensor which is used in numerous systems such as automatic doors, security lights. These send some kind of signals like ultrasonic waves, microwaves or light beams and senses when there is an interruption in the flow. The type of input or output transducer being used depends upon the kind of signal sensed or controlled.

Following is the table explaining transducer vs sensor:

These were some difference between transducer and sensor. If you wish to find out more, download BYJU’S – The Learning App.