What Is a Gyroscope?

A gyroscope is defined as

The device has a spinning disc mounted on the base so that it can move freely in more than one direction so that the orientation is maintained irrespective of the movement in the base.

A gyroscope consists of the following parts:

A gyroscope can be considered a massive rotor fixed on the supporting rings known as the gimbals. The central rotor is isolated from the external torques with the help of frictionless bearings that are present in the gimbals. The spin axis is defined by the axle of the spinning wheel.

The rotor has exceptional stability at high speeds as it maintains the high-speed rotation axis at the central rotor. The rotor has three degrees of rotational freedom.

The working principle of a gyroscope is based on gravity. It is explained as the product of angular momentum, which is experienced by the torque on a disc to produce a gyroscopic precession in the spinning wheel.

This process is termed gyroscopic motion or gyroscopic force and is defined as a rotating object’s tendency to maintain its orientation.

The following are the three types of gyroscopes:

These gyroscopes are dependent on the ball bearing or the rotating wheel. They are also not based on the conservation of angular momentum. Optical gyroscopes use two optic fibre coils spun in different orientations. Since there is no movement in the optical gyroscopes, these are considered to be durable and find applications in modern spacecraft and rockets.

Watch the video and learn more about gyroscopic effect experiment 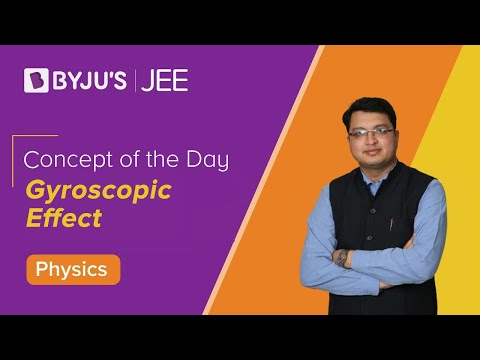 What Is the Difference between Accelerometer and Gyroscope?

Watch the video and learn how angular velocity works 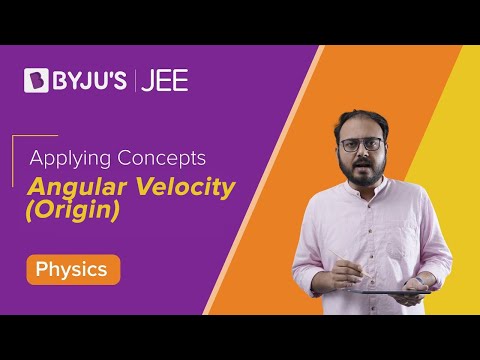 What does a gyroscopic couple mean?

A gyroscopic couple is a turning moment in which the gyroscope’s axis of rotation is inclined so that the changes are opposite.

What is the expression for gyroscopic couple?

The expression for the gyroscopic couple is given as:
C = I.⍵.⍵p
Where,

What is gyroscopic torque?

State true or false:
When viewed from the tail, an aeroplane’s engine spins in a clockwise manner. The plane turns to the right. As a result, the influence of the gyroscopic couple on the aeroplane can be stated to be from the dip to the tail.

The given statement is true.

What is the degree of freedom for gyroscope rotor?

The degree of freedom for the gyroscope rotor is 3.

Test your Knowledge on Gyroscope
Q5

Visit BYJU'S for all Physics related queries and study materials