A colloid is a heterogeneous mixture in which the minute particles of one substance are dispersed in another substance, called the dispersion medium.

The minute particles here are 1 to 1000 nanometers in diameter, but they still remain suspended and do not settle at the bottom of the mixture. Sol, aerosol, foam, emulsion, etc., are some types of colloids. In this section, we will see how colloids are present in our everyday items of use and their applications in different fields. 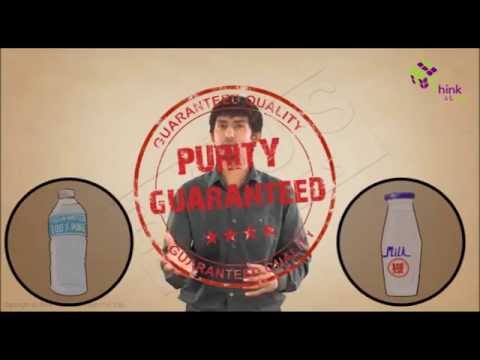 What is a colloidal solution?

Colloids (also known as colloidal solutions or colloidal systems) are mixes in which insoluble particles of one substance are suspended in another substance at a microscopic level. Colloids are made up of chemicals that are uniformly distributed in one another.

What do colloids explain?

Colloids are mixes in which one or more chemicals are scattered throughout a solid, liquid, or gaseous medium as relatively large solid particles or liquid droplets. A colloid’s particles are generally electrically charged and remain scattered and do not settle owing to gravity.

How do you identify a colloid?

The Tyndall effect can be used to distinguish a colloid mixture from a solution. This is the point at which you shine a light through the mixture. When light bounces off the particles, the light shines through, indicating that you have a colloid combination.

What are two examples of colloids?

A colloid is a type of solution in which the size of the solute particles is somewhere in between real solution and suspension. Mayonnaise, milk, butter, gelatin, and jelly are examples of colloids.

Colloidal particles are large molecules or groups of smaller species that scatter light. On a macroscopic (visual) size, colloids are homogeneous, whereas solutions are homogeneous on a microscopic (molecular) scale.

To learn more about colloids, their classification and applications, download BYJU’S – The Learning App.