Difference between Endothermic and Exothermic Reactions 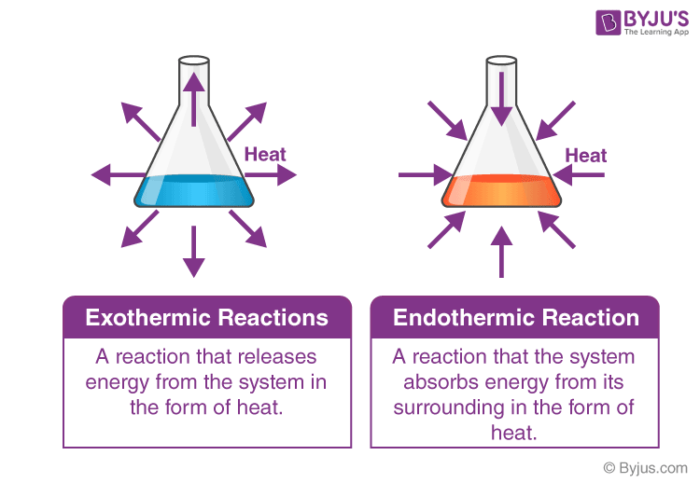 The endothermic process is a term that describes a reaction where the system absorbs the energy from its surrounding in the form of heat. A few examples of the endothermic process are photosynthesis, evaporating liquids, melting ice, dry ice, alkane cracking, thermal decomposition, ammonium chloride in water and much more.

As the name implies, ‘endo’ means ‘to absorb,’ and ‘thermic’ means ‘heat.’

Heat is taken up from the surroundings in such reactions, so the temperature of the system where the reaction is taking place remains cooler. Also, at the end of the reaction, the enthalpy, which is the change in heat energy during the conversion of reactants to products, increases.

The exothermic reaction is the opposite of an endothermic reaction. It releases energy by light or heat to its surrounding. A few examples are neutralisation, burning a substance, reactions of fuels, deposition of dry ice, respiration, solution of sulphuric acid into water and much more.

The energy released is caused by the formation of new bonds (products) at a higher level. While the energy required to break up the bonds (reactants) is lower. At the end of the reaction, the enthalpy change decreases as well. During chemical reactions, a great deal of energy is required. This energy was used to maintain the bond that held the molecules together. As a result of the reactions between molecules and compounds, as well as the breaking of bonds, a tremendous amount of energy is released.

Difference between Endothermic and Exothermic Reactions 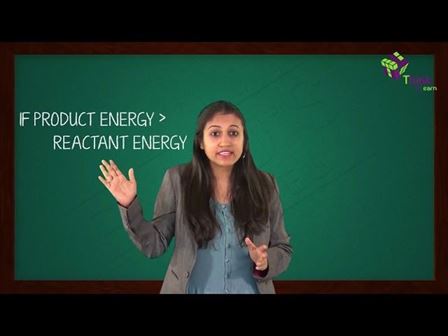 In a chemical reaction, why is heat released or absorbed?

Define the enthalpy of a reaction.

The enthalpy of a reaction is defined as the heat energy change (HH, H) that occurs when reactants become products. ΔH is positive if heat is absorbed during the reaction; if heat is released, ΔH is negative.

During the endothermic reaction, what type of energy conversion will take place?

Why is respiration regarded as an exothermic reaction?

What is the main difference between an exothermic and an endothermic process?