Refining plays a crucial role in metallurgy. Any metal which has been extracted from its ore is usually impure in nature. This impure metal which is extracted is called crude metal. Refining is a method of removing impurities in order to obtain metals of high purity. The impurities are removed from crude metal by various methods based on the properties of the metal and the properties of impurities. Some methods involved in the purification of crude metal are:

This method is used for the purification of metals which possess a low boiling point such as mercury and zinc. In this process, the impure metal is heated above its boiling point so that it can form vapours. The impurities do not vaporise and hence they are separated. The vapours of the pure metal are then condensed leaving the impurities behind. In this process, the impure metal and a strip of pure metal are used. The crude metal is made to act as an anode and pure metal is made to act as a cathode. They are dipped in an electrolytic bath which contains the soluble salt of the same metal. As electricity is passed through the solution, the less basic metal moves towards the anode mud leaving the more basic metal in the solution. For example, copper is purified using this method. Metals such as germanium, silicon, gallium, indium and boron are made free from impurities using this method. In this process, the impure metal is attached to a circular mobile heater at one end. As the heater is moved, the pure metal crystallises out and the impurities pass on to the adjacent part of the metal. This way the impurities get accumulated at the other end of the rod which is cut in order to obtain the pure metal. 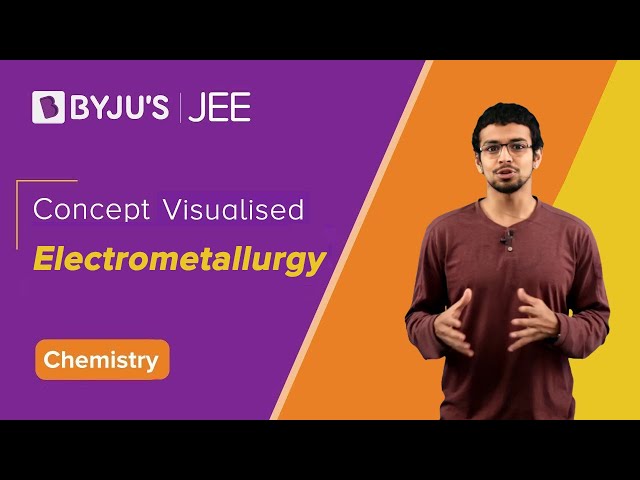 To understand the procedure involved in each technique in detail watch the video tutorials on Chemistry only on BYJU’S YouTube channel.

Take up a quiz on refining
Q5