Neutrinos are perplexing subatomic particles that could bear the key to answering many questions about our universe. In this article, let us familiarise ourselves with neutrinos and their properties.

What is a Neutrino?

Neutrino is a subatomic particle with no electrical charge and a very small mass. They are difficult to detect because they have minimal interaction with matter. To detect neutrinos, very large and sensitive detectors are required.

Neutrino is a fermion because it is an elementary particle with a spin of ½ that interacts only via gravity and weak forces. The symbol ν denotes them.

Neutrinos are produced by different radioactive decays, such as

A neutrino, therefore, can be defined as a neutral fundamental particle with a mass close to zero and half-integral spin, that rarely reacts with the matter.

Where do Neutrinos come from?

Wolfgang Pauli first hypothesised the existence of the neutrino in 1930. At that time, a problem emerged in beta decay when both energy and angular momentum were not conserved. But, Pauli suggested that if a non-interacting, neutral particle (a neutrino) were emitted, one could recover the conservation laws. However, the first detection of neutrinos did not happen until 1955, when Frederick Reines and Clyde Cowan documented anti-neutrinos emitted by a nuclear reactor.

Neutrinos are leptons because they have only been observed to interact through the weak force. These weak interactions produce neutrinos in three leptonic flavours:

Each is associated with the corresponding charged leptons, the electron, the muon and tau, respectively.

The properties of neutrinos can be summarized as follows:

A neutrino detector is a physics apparatus that is designed to study neutrinos. Neutrino sensors are usually constructed underground to sequester the detector from background radiation and cosmic rays.

Super-Kamiokande is a neutrino observatory built under Mount Ikeno in Japan. Super Kamiokande is a large volume of water surrounded by phototubes that observe for the Cherenkov radiation ejected when an incoming neutrino creates an electron or muon in the water. The Sudbury Neutrino Observatory is similar but uses heavy water as the detecting medium.

What is a Neutrino?

A neutrino is a neutral fundamental particle with a mass close to zero and a half-integral spin, that rarely reacts with the matter.

Where is a Neutrino found?

​​Neutrinos can be found everywhere. They permeate the space all around us. They can be located throughout our galaxy.

Where are Neutrino observatories placed?

Neutrino observatories are usually constructed underground to isolate the detector from background radiation and cosmic rays.

How are Neutrinos formed?

Neutrinos are produced by different radioactive decays such as beta decay of atomic nuclei.

What is an antineutrino?

The antimatter component of neutrino is known as an antineutrino.

Understand the parts and working of a nuclear reactor by watching the video! 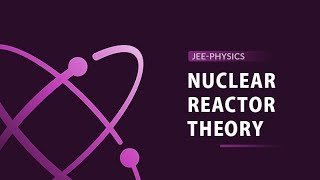