GATE General Aptitude Questions: A common section found in the GATE question papers for all the subjects is the General Aptitude(GA). GATE Question Papers comprises about 10 General Aptitude questions, accounting for a total of 15 marks. Typically, the GA test is conducted to analyse the language skills and the analytical skills of the candidates. The difficulty level of these questions also often vary from easy to moderate. 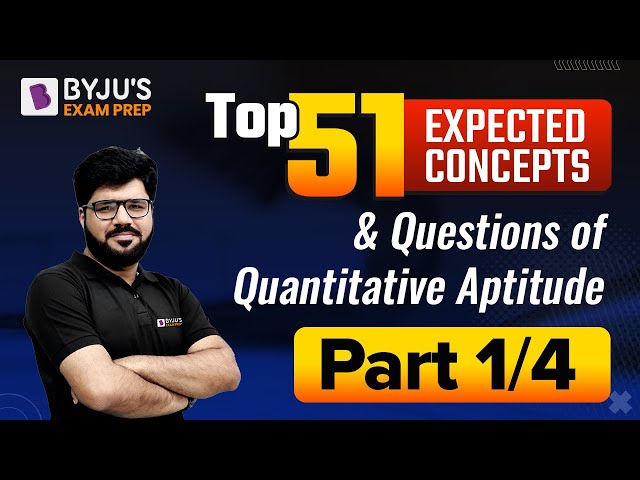 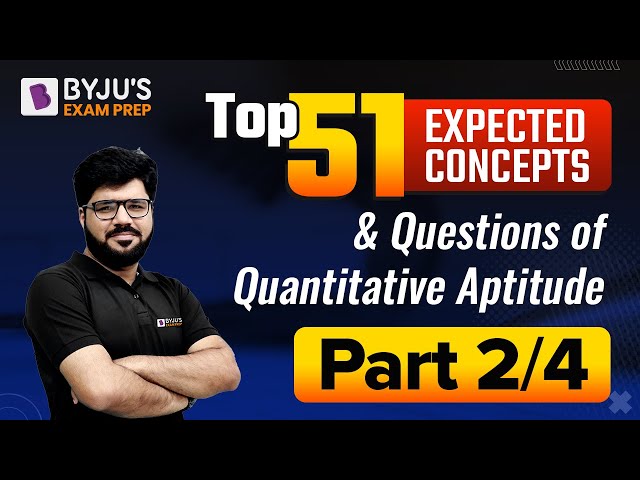 In this article below, candidates can browse and find the GATE Aptitude Questions asked in the exams for the years 2016 to 2021.

Note: We have compiled here the GATE Aptitude Questions from the Computer Science subject. We will be adding more questions soon.

Candidates can click on the respective year-wise GATE aptitude practice questions and find the corresponding year’s general aptitude questions to solve and practise for the GATE exams.

See the compiled list of year wise aptitude questions below,

Among the options below, an acceptable value for the total number of students

in the class is:

Q2. A polygon is a convex if, for every pair of points, P and Q belonging to the polygon, the line segment PQ lies completely inside or on the polygon.

Which of the following is not a convex polygon?

(i) Everybody in the class is prepared for the exam.

(ii) Babu invited Danish to his home because he enjoys playing chess.

Which of the following is the CORRECT observation about the above two sentences?

A circular sheet of paper is folded along the lines in the directions shown. The paper, after being punched in the final folded state as shown and unfolded in the reverse order of folding, will look like _______. 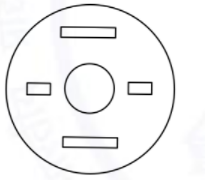 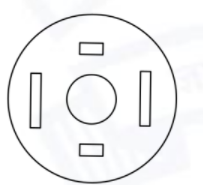 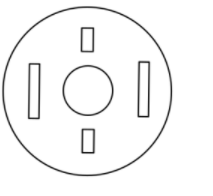 together. Sheet N is cut into equal square patches and assembled to form the

largest possible closed cube. Assuming the ends of the cylinder are closed, the

Details of prices of two items P and Q are presented in the above table. The ratio

Q 8. There are five bags, each containing identical sets of ten distinct chocolates. One chocolate is picked from each bag. The probability that at least two chocolates are identical is ___________

Q 9. Given below are two statements 1 and 2, and two conclusions I and II.

Statement 1: All bacteria are microorganisms.

Statement 2: All pathogens are microorganisms.

Conclusion I: Some pathogens are bacteria.

Conclusion II: All pathogens are not bacteria.

Based on the above statements and conclusions, which one of the following options is logically CORRECT?

Q 10. Some people suggest anti-obesity measures (AOM) such as displaying calorie information in restaurant menus. Such measures sidestep addressing the core problems that cause obesity: poverty and income inequality. Which one of the following statements summarizes the passage?

Q 1 – Q 5 Multiple Choice Question (MCQ), carry ONE mark each (for each wrong 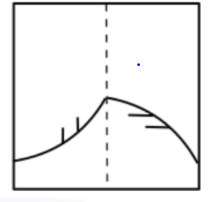 A transparent square sheet shown above is folded along the dotted line. The folded 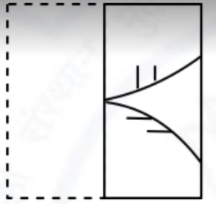 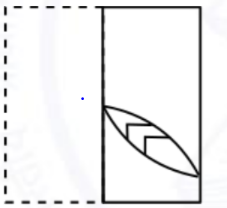 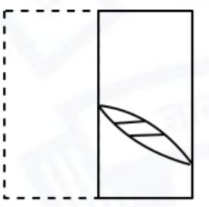 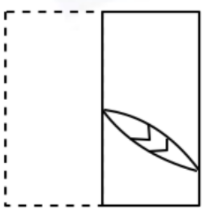 Q3. If θ is the angle, in degrees, between the longest diagonal of the cube and anyone of the edges of the cube, then, cos θ =

Which one of the following options maintains a similar logical relation in the above?

Q6. Listening to music during exercise improves exercise performance and reduces discomfort. Scientists researched whether listening to music while studying can help students learn better, and the results were inconclusive. Students who needed external stimulation for studying fared worse, while students who did not need any external stimulation benefited from music. 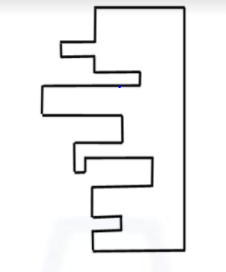 A jigsaw puzzle has 2 pieces. One of the pieces is shown above. Which one of

the given options for the missing piece when assembled will form a rectangle?

The piece can be moved, rotated or flipped to assemble with the above piece. 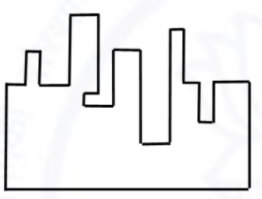 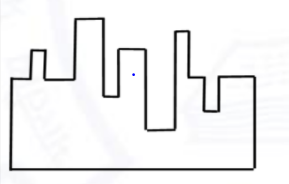 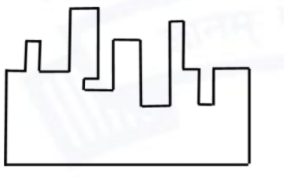 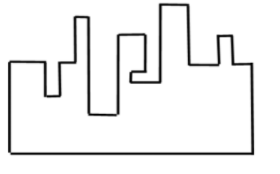 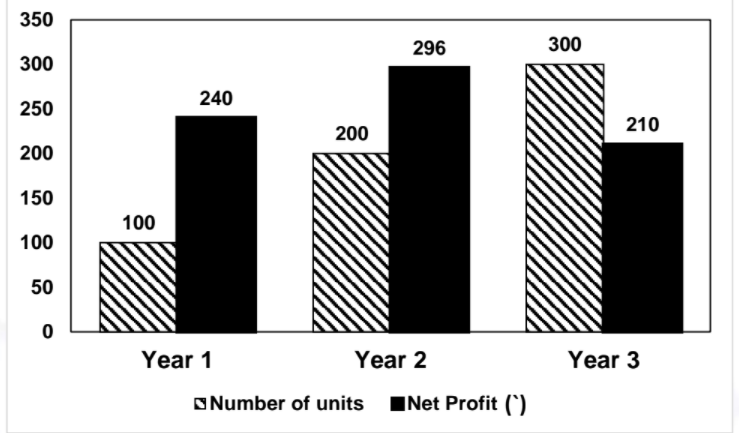 and make the following observations.

Observation I: S is taller than R.

Observation II: Q is the shortest of all.

Observation III: U is taller than only one student.

Observation IV: T is taller than S, but is not the tallest.

Q1. Raman is confident of speaking English ______ six months, as he has been practising regularly____ the last three weeks.

Q2. His knowledge of the subject was excellent, but his classroom performance was______

Q3. Select the word that fits the analogy:

Q4. The dawn of the 21st century witnessed the melting glaciers oscillating between giving too much and too little to billions of people who depend on them for fresh water. The UN climate report estimates that without deep cuts to man-made emissions, at least 30% of the Northern Hemisphere’s surface permafrost could melt by the end of the century. Given this situation of imminent global exodus of billions of people displaced by rising seas, nation-states need to rethink their carbon footprint for political concerns if not for environmental ones.

Which one of the following statements can be inferred from the given passage?

Q5. There are multiple routes to reach from node 1 to node 2, as shown in the figure below: Q6. Goods and services tax is an indirect tax introduced in India in 2017 that is imposed on the supply of goods and services, and it subsumes all indirect taxes except few. It is a destination-based tax imposed on goods and services used, and it is not imposed at the point of origin from where goods come. GST also has a few components specific to state governments, central government and Union Territories(UTs). Which one of the following statements can be inferred from the given passage?

Q8. The figure below shows an annular ring with outer and inner radii as b and a, respectively. The annular space has been painted in the form of blue colour circles touching the outer and the inner periphery of annual space. If maximum n number of circles can be painted, then the unpainted area available in annular space is _______ 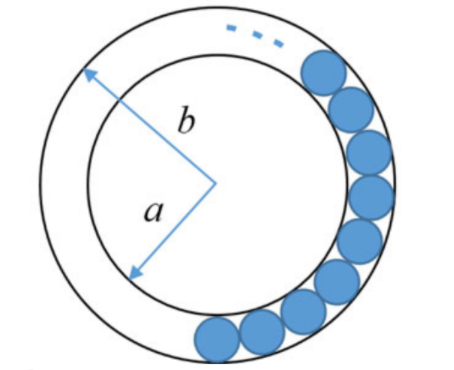 Q9. Two straight angles are drawn perpendicular to each other in X-Y plane. If α and β are the acute angles the straight lines make with the X- axis, then α+ β is _____ 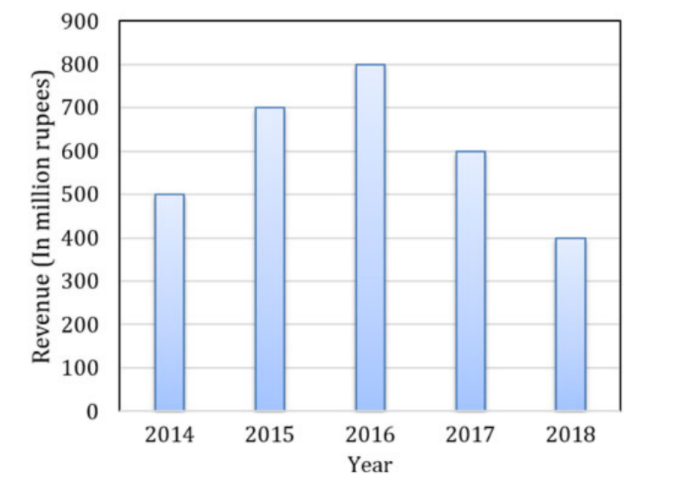 Q 3. Two cars start at the same time from the same location and go in the same direction. The speed of the first car is 50 km/h and the speed of the second car is 60 km/h. The number of hours it takes for the distance between the two cars to be 20 km is ___.

Q 4. Ten friends planned to share equally the cost of buying a gift for their teacher. When two of them decided not to contribute, each of the other friends had to pay Rs 150 more. The cost of the gift was Rs. ____.

Q 6. The police arrested four criminals – P, Q, R and S. The criminals knew each other. They made the following statements:

S says, “What Q said about me is false.”

Q 7. In the given diagram, teachers are represented in the triangle, researchers in the circle and administrators in the rectangle. Out of the total number of the people, the percentage of administrators shall be in the range of ___________. 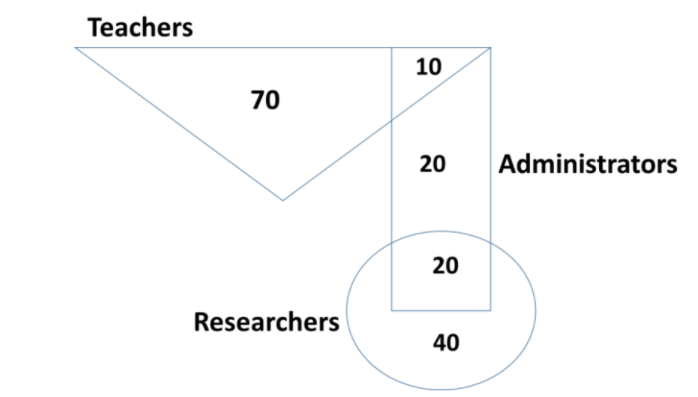 Q 8. “A recent High Court judgement has sought to dispel the idea of begging as a disease — which leads to its stigmatization and criminalization — and to regard it as a symptom. The underlying disease is the failure of the state to protect citizens who fall through the social security net.”

Which one of the following statements can be inferred from the given passage?

Q 10. Three of the five students allocated to a hostel put in special requests to the warden. Given the floor plan of the vacant rooms, select the allocation plan that will accommodate all their requests. Request by X: Due to pollen allergy, I want to avoid a wing next to the garden. Request by Y: I want to live as far from the washrooms as possible, since I am very sensitive to smell. Request by Z: I believe in Vaastu and so want to stay in the South-west wing. The shaded rooms are already occupied. WR is washroom. 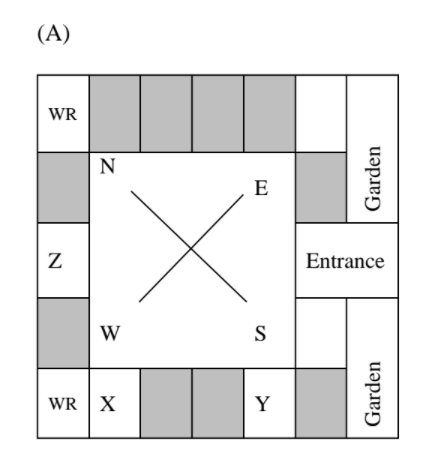 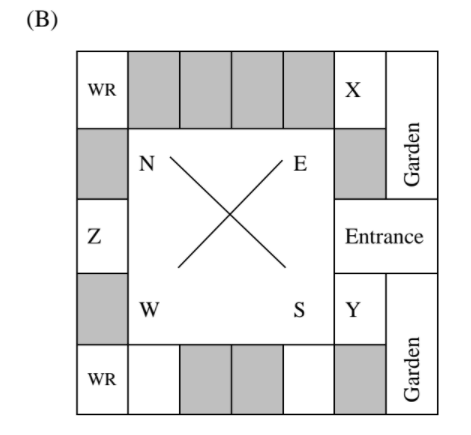 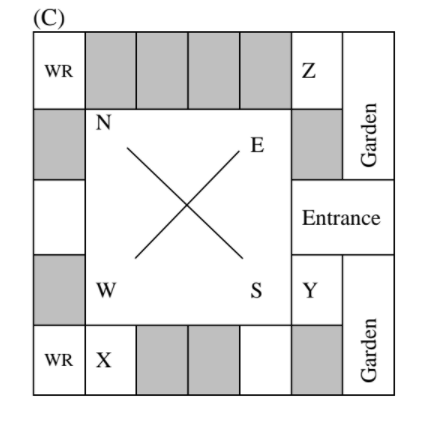 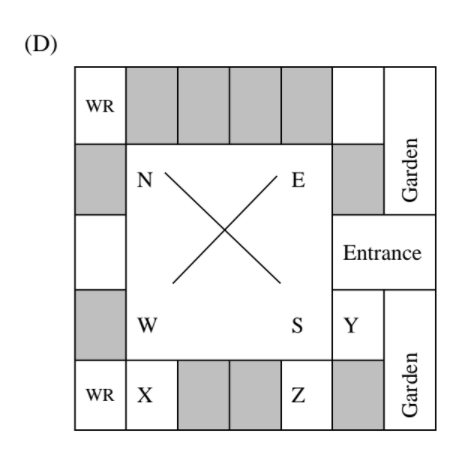 Q 2. “A _________ investigation can sometimes yield new facts, but typically organized ones are more successful.” The word that best fills the blank in the above sentence is

Q 3. The area of a square is d. What is the area of the circle which has the diagonal of the square as its diameter?

Q 4. What would be the smallest natural number, which when divided either by 20 or by 42 or by 76 leaves a remainder of 7 in each case?

Q 5. What is the missing number in the following sequence? 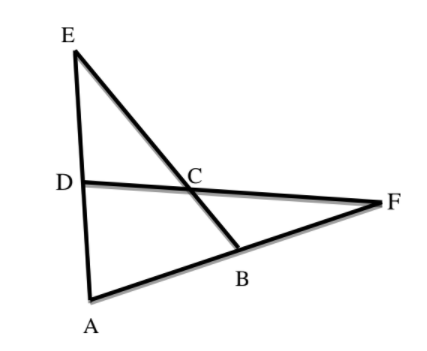 Q 10. A six sided unbiased die with four green faces and two red faces is rolled seven times. Which of the following combinations is the most likely outcome of the experiment?

These GATE previous year aptitude questions will help students to prepare efficiently for the Gate Exam. Candidates can tune in to BYJU’S to get more information about the GATE exam resources such as the syllabus, GATE preparation books, GATE previous year question paper and more.