The SSC Recruitment Notifications are advertised by the Staff Selection Commission.

The Staff Service Commission has released the SSC Recruitment 2019 details on the official website for most of the SSC Exams.

There is a lot of chances for candidates to get through the SSC Exams as the vacancies and posts are seeing a rising trend.

This article is about the SSC Recruitment details for 2019 and 2018 to help the candidates understand the trend of the recruitment graph in terms of posts, vacancies.

For similar details on other Government exams, refer to the linked article.

SSC Recruitment details for the following exams are given below:

The updated number of reported SSC GD vacancies for the Constable posts were announced on 11th March 2019, through a separate addendum.

For more details on the SSC GD Recruitment, refer to the SSC GD official Notification.

The SSC CPO recruitment gives an idea on the tentative vacancies, posts and salary.

The SSC CPO vacancy details for the 2019-20 exam have not been released yet.

The SSC vacancy for CPO 2018 are given below: 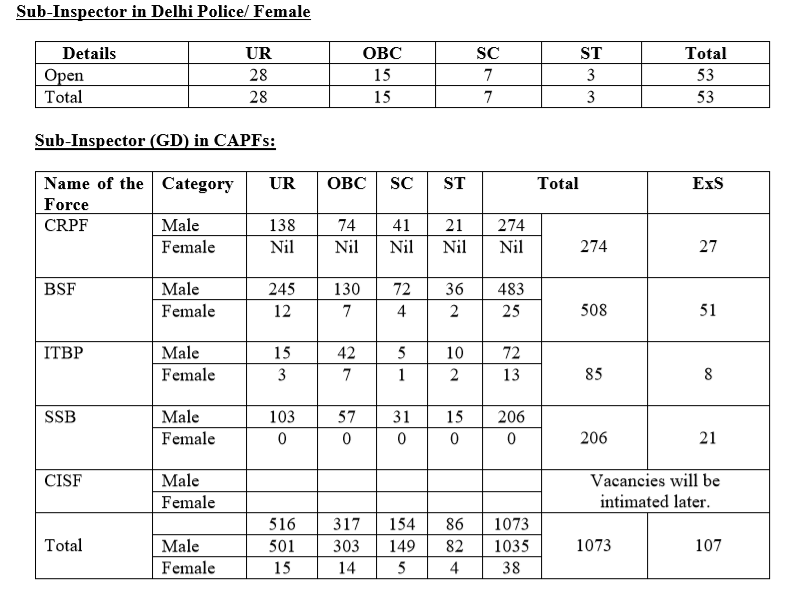 For ASI posts, the SSC vacancy for all candidates belonging to the various categories will be intimated later.

The salary details for the SSC CPO posts are given below:

Candidates can prepare for various SSC exams by attempting the SSC mock tests based on the latest SSC exam pattern and evaluate their performance by the marks they score in each test.

Candidates can refer to the SSC CGL vacancy 2017-18 as a reference to understand the number of posts allocated for each category of the candidate. 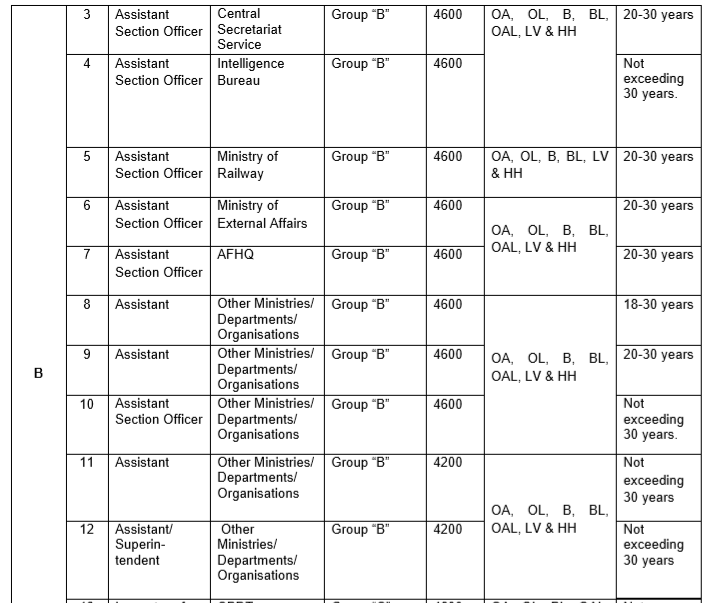 For complete details on the SSC CGL post, vacancies, and application process refer to the SSC CGL official Notification article.

The SSC JE recruitment details for this year(2019) is yet to be released by the Staff Selection Commission.

The SSC JE vacancies for the candidates applying for various post and belonging to different categories are updated by the SSC through an official release in the SSC official website(https://ssc.nic.in).

The SSC JE Recruitment details have not been released for 2019.

For 2018, the SSC vacancy details have been released on the official website.

The salary structure for the SSC JE posts is given below:

The Staff Selection Commission has updated the SSC CHSL Recruitment for 2018 and for the year 2019, vacancies, posts and salary have not yet been disclosed.

Candidates can refer to the 2018 SSC CHSL recruitment details to get an idea on the overall process.

The Staff Selection Commission has released the SSC vacancy details for CHSL Exam for 2018 on the official website for various posts and for candidates belonging to various categories.

The SSC CHSL Salary for the various posts and grade are as follows:

The SSC Recruitment details keep changing from time to time. Therefore, candidates need to check the SSC official website on a daily basis.

Candidates can also visit the online quiz page to solve questions within a stipulated time and analyse their performance based on the marks scored in the quiz.

The best thing about the SSC Recruitment is that there are so many SSC vacancy for 12th pass candidates.

The SSC recruitment news released on the official website keeps regularly updating on these posts and exams.