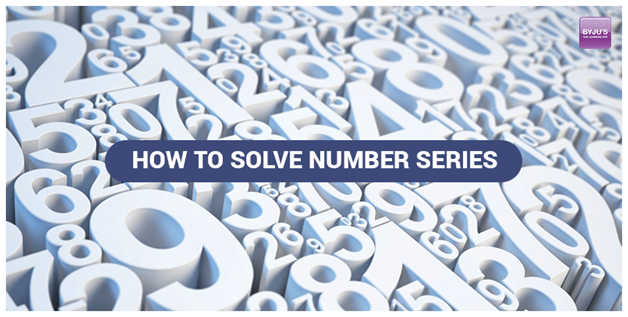 In this article, we shall look into how to solve the Number series in bank exams.

Reasoning Ability is one of the most important sections of any bank exam. In addition, a very scoring topic of the banking syllabus under the reasoning section is Number Series.

For upcoming bank exams like SBI PO, SBI Clerk, IBPS PO, IBPS Clerk and other Govt exams, aspirants should be proficient in the Reasoning Ability section to excel in the exam.

There are two posts for which the bank exams are mostly conducted. This includes:

What is Number Series?

Based on calculating the addition and subtraction of the numbers, candidates have to observe and find the accurate number to the series of numbers.

Here we are providing some steps on how to solve number series question that forms an important part of the reasoning section of the banking syllabus:

To learn 3 Sutras To Prepare For Reasoning Ability, check at the linked article.

Sometimes candidates fail to decipher the pattern of the number series. During bank exam preparation, candidates should try to find out the trend of the series by looking at the series pattern. They can find it by checking the series whether it is decreasing or increasing or it is following an alternate pattern.

Clearly, we can see that it is an increasing pattern.

Here, we can see that the series is of decreasing pattern.

This series is neither increasing nor decreasing. So clearly, it is following an alternating pattern.

Step 3: Find the rate of increase or decrease if the series is of increasing or decreasing pattern.

Here are some of the series patterns which are discussed below:

Step 4: Check if the series is alternating

For alternating series, candidates need to check whether the series has two different operations, which are being alternately performed, or there is a mix of two series.

Therefore, we hope that with lots of practice, these steps can help the candidates during their bank exam preparation to build the intuition that is required to solve number series problems during the bank exams.