In March 2022, the Indian and Sri Lankan government signed a Memorandum of Understanding to provide two Dornier 228 aircrafts to the Sri lankan Navy.

The Memorandum of Understanding is among the host of agreements signed in the Sri Lankan capital on 28 March 2022, during the visit of External Affairs Minister S Jaishankar, who met Sri Lankan President Gotabaya Rajapaksa, Prime Minister Mahinda Rajapaksa and Finance Minister Basil Rajapaksa.

This article will give details about the Dornier 228 as well as other variants for the UPSC Exam.

Candidates can find articles about other aircrafts in the given table:

The Dornier 228 is a twin- turbodrop utility aircraft of the STOL (Short-Take off and Landing) variety. It was designed by DASA Dornier,  Fairchild – DOrnier (previously Dornier GmbH from 1918-1998. In 1983, a production licence was bought by Hindustan Aeronautics Limited (HAL) who set up a manufacturing unit of these aircrafts in Kanpur. About 124 aircrafts were built here.

The fuselage, wings and tail units are manufactured by HAL in Kanpur while its assembly is done by RUAG aviation in Oberpfaffenhofen in Germany.

Design and Characteristics of Dornier 228

The Dornier 228 is a general aircraft with twin engines capable of carrying at least 19 passengers. With its STOL capability, it is capable of operating on short runways as well as in hot environments.

The Dornier 228 has been marketed as a general-service aircraft capable of operating in many roles such as military transport, couter aircraft or cargo hauler.

It carries our special missions such as: Characteristics of the Dornier 228 are given in the table below:

Other Types of Dornier Aircrafts

1. Dornier 328: The Dornier 328 is a larger version of the Dornier 228.It also has a jet version known as the Fairchild Dornier 328JET. It is used for both civilian and military purposes in many countries such as Australia, Canada, United States etc. 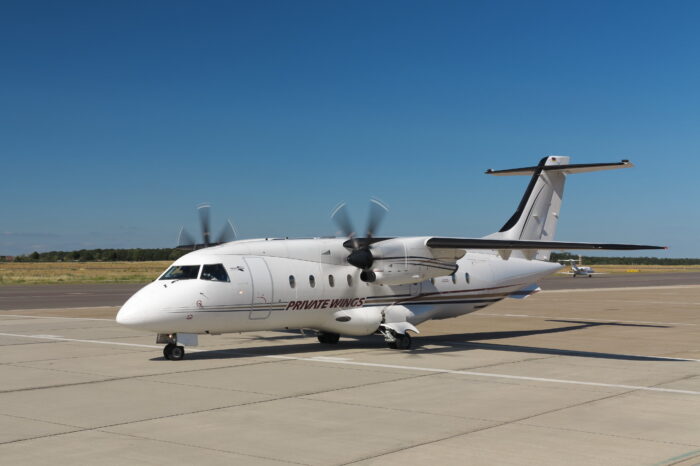 The general characteristics and performance of the Dornier 328 is given in the table below:

2. Dornier Do 28: The type designation Dornier Do 28 comprises two different twin-engine STOL utility aircraft, manufactured by Dornier Flugzeugbau GmbH. It is a smaller version of Dornier aircrafts used in communications and utility roles. The general characteristics and performance of the Dornier Do 28 is given in the table below:

In what way was the Dornier 228 designed?

In what way was the Dornier 228 designed?

The 19 seater HAL – DO – 228 aircraft is a highly versatile multi-purpose light transport aircraft. It has been developed specifically to meet the manifold requirements of utility and commuter transport.

Candidates can refer to the following links for further government exam preparation as well as that other DSSSB links which will help the candidates.