Association of Southeast Asian Nations or ASEAN is an organisation formed by the governments of Malaysia, Indonesia, the Philippines, Thailand, and Singapore in 1967 to promote economic growth, peace, security, social progress and cultural development in the Southeast Asian region.

Read about ASEAN for the IAS Exam preparation. 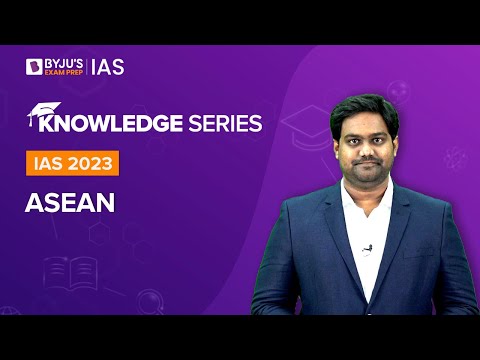 Special ASEAN-India Foreign Ministers’ Meeting’  was held recently in New Delhi, to commemorate the 30th anniversary of the ASEAN-India Dialogue Relations in 2022. The year 2022 has been designated as the ‘ASEAN-India Friendship Year’. This year also marks the tenth anniversary of India’s strategic cooperation with ASEAN. Trade between India and the ASEAN region surpassed $78 billion in 2021. In the recent talks, the leaders batted for greater connectivity and integration with South Asia through the country.

The key issues discussed in the meeting were:

Myanmar, one of ASEAN’s ten member nations run by a military junta, was not invited to the summit because of disagreements over their lack of cooperation in implementing measures agreed upon by the 10-member group last year to help ease the country’s violent political crisis. Ministerial Session of Delhi Dialogue XII, also took place along with the ASEAN meeting. Delhi Dialogue was jointly organised by the Research and Information System for Developing Countries (RIS) and the Economic and Research Institute for ASEAN and East Asia (ERIA).

ASEAN was established on 8th August 1967 in Bangkok, Thailand with the signing of the Bangkok Declaration (a.k.a ASEAN Declaration) by the founding fathers of the countries of Indonesia, Malaysia, Thailand, Singapore, and the Philippines. The preceding organisation was the Association of Southeast Asia (ASA) comprising of Thailand, the Philippines, and Malaysia.

Five other nations joined the ASEAN in subsequent years making the current membership to ten countries.

Learn about India’s relations with the ASEAN Nations from the links given below:

The Human Development Index rankings of the ASEAN members are given in the table below:

Q 1. When is ASEAN Day observed?

Q 2. What is ASEAN Charter?

Ans. The ASEAN Charter entered into force on 15 December 2008. It serves as a firm foundation in achieving the ASEAN Community by providing legal status and institutional framework for ASEAN.

Ans. The motto of ASEAN is “One Vision, One Identity, One Community”.