The Convention on the Elimination of All Forms of Discrimination Against Women or CEDAW is a United Nations treaty against the discrimination faced by women in various forms worldwide. It is a crucial international convention and is important from the IAS exam perspective. 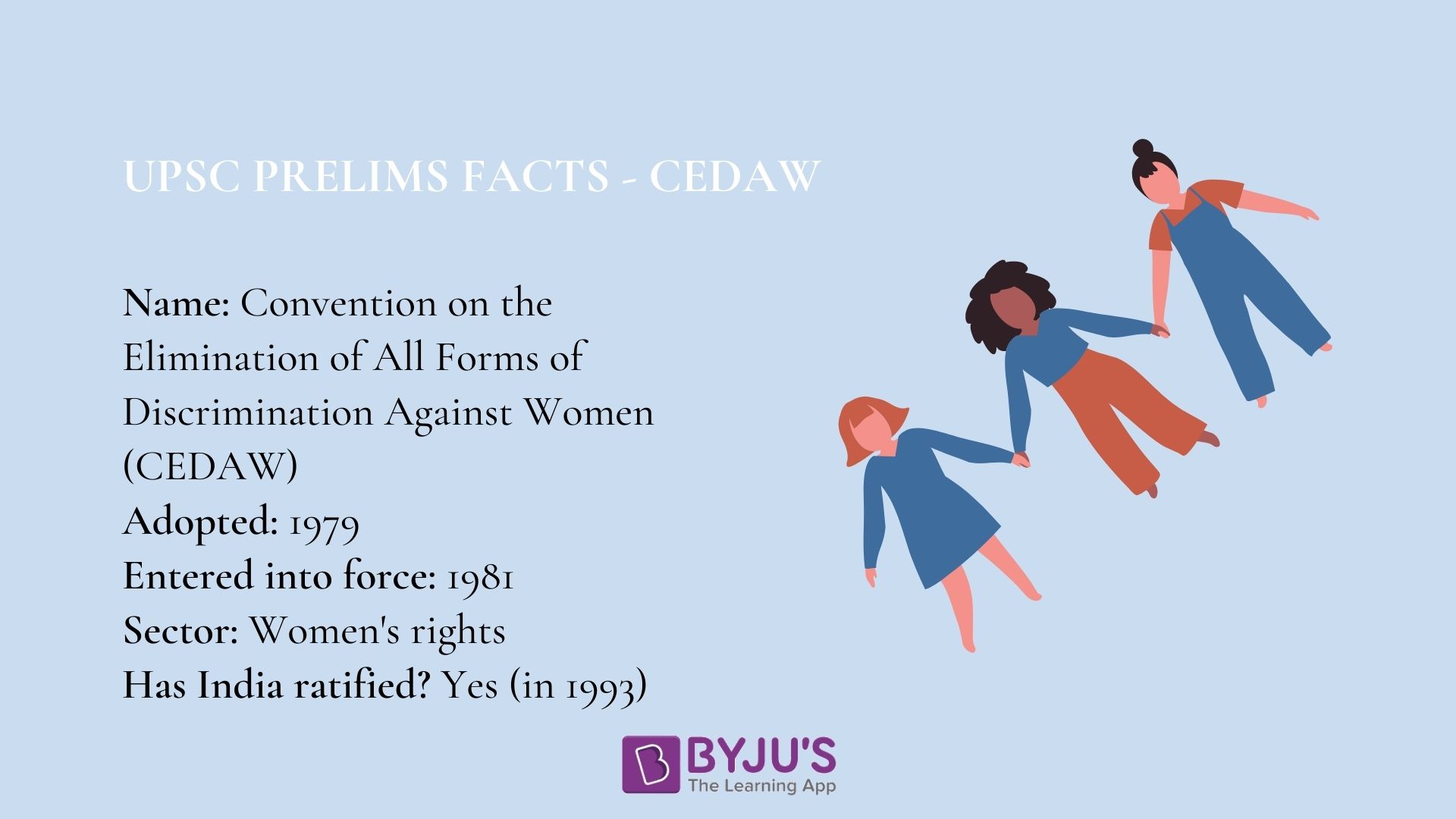 CEDAW was adopted by the United Nations General Assembly (UNGA) in 1979. It became effective in 1981 after the condition of 20 ratifications were fulfilled.

How CEDAW defines ‘discrimination against women’?

The Convention’s Article 1 declares the following:

“For the purposes of the present Convention, the term “discrimination against women” shall mean any distinction, exclusion or restriction made on the basis of sex which has the effect or purpose of impairing or nullifying the recognition, enjoyment or exercise by women, irrespective of their marital status, on a basis of equality of men and women, of human rights and fundamental freedoms in the political, economic, social, cultural, civil or any other field.”

Why is CEDAW Important?

CEDAW is important because it makes it the obligation of the member states to have non-discriminatory laws and policies. It also talks about substantive equality and not merely formal equality as mentioned above. Even in the 21st century, many women face routine discrimination in all matters of their lives such as healthcare, education, decent work, free marriage, equal pay for equal work, etc. They also face violence, even from family members and partners. They often have no voice in matters related to sexual and reproductive choices. It is important that governments in power make necessary laws that promote gender equality in the true sense of the word, and also empower women so that they can lead full lives to the best of their abilities and potential. This is not only a fundamental human right but also a necessity to realise the true economic and social development of society.

Q 1. What is CEDAW and what is its objective?

Ans. CEDAW or Convention on the Elimination of All Forms of Discrimination Against Women is a United Nations treaty against the discrimination faced by women in various forms worldwide. It legally binds all States Parties to fulfill, protect and respect women’s human rights

Q 2. When was CEDAW established?

Ans. The Convention on the Elimination of All Forms of Discrimination against Women (CEDAW) was adopted in 1979 by the UN General Assembly.