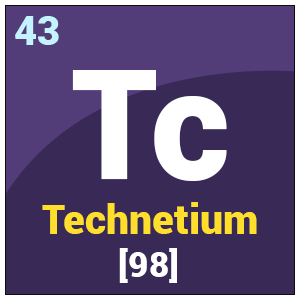 It is the lightest element and has a common oxidation state of 7. It has three isotopes which are radioactive and unstable. The isotopes and their atomic mass is as follows:

What is the Vanderwaals radius of Technetium?

Technetium belongs to which block?

Technetium is a d block element.