It was commissioned in the ranks of the Indian Navy in 2007.

The INS Jalashwa was in the news recently when it arrived in port Ehoala in Madagascar on March 22, 2021 to deliver humanitarian aid as part of the Sagar Mission initiative.

This article will further elaborate on the INS Jalashwa within the context of the Civil Services Examination.

What is an amphibious transport dock?

Before going into detail about the INS Jalashwa, it is important to know more about what type of vessel it is.

An amphibious transport dock, alternatively known as a landing platform/dock (LPD) is an amphibious warfare ship capable of embarking, transporting and landing elements for expeditionary warfare. These types of ships are designed for transporting troops into a warzone by sea primarily sing landing craft although transport helicopters are also used

Aspirants can check out the video for details on INS Jalashwa at (4:02 minutes) and prepare comprehensively for the topic- 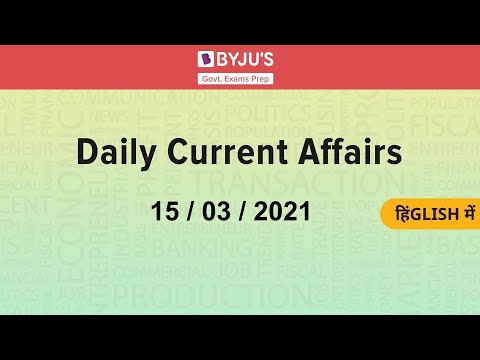 The INS Jalashwa (meaning hippopotamus in Hindi/Sanskrit) consists of a well deck that can accommodate upto 4 mechanized landing craft that can be launched by following the well deck or lowering the hinged gate aft of the ship. The INS Jalashwa also has the capability of launching helicopters from its flight deck, along with accommodating about six medium helicopters.

The ship is also capable of embarking over 1,000 troops, and is fully equipped with extensive medical facilities including four operation theatres, a 12-bed ward, a laboratory and a dental centre.

Further specifications of the INS Jalashwa is given in the table below:

History of the INS Jalashwa

Following the catastrophic Indian Ocean Tsunami of 2004, the Indian Navy felt the need for a better amphibious craft that would aid them in rescue and humanitarian efforts. The amphibious ships in its own fleet were insufficient for the task.

Thus it was announced in 2006 that the Indian Navy would purchase the US Navy’s retired Austin-class landing platform dock USS Trenton for approximately ₹228 crore.

The Indian Navy acquired the ship on 17 January 2007 in Norfolk, Virginia. The transfer agreement  was signed by Commodore P Murugesan, Naval Attaché at the Embassy of India to the US, and Rear Admiral Garry E. Hall of the US Navy. She then underwent a refit at the Norfolk Naval Base until May 2007. The Indian Navy also purchased six UH-3 Sea King maritime utility transport helicopters for $39 million for operation from the ship.

The ship was commissioned as INS Jalashwa on 22 June 2007, at Norfolk by Shri Ronan Sen, then the Indian ambassador to the United States. Captain BS Ahluwalia and Commander Dinesh Singh were her first Commanding Officer and Executive Officer, respectively.

On 26 February 2011, the INS Jalashwa and INS Mysore were deployed to the southern Mediterranean sea in Operation Safe Homecoming. It was carried out to evacuate Indian citizens in Libya stranded there following the 2011 Libyan Civil War. Both the ships carried their full air wings, and a contingent of Marine special forces.

The INS Jalashwa had undergone two refits over the years. One helps in attaining higher speeds while the one in 2012 replaced its radars and sensors with indigenous equipment.This reduced the navy’s dependence on US-origin components, as it was uncomfortable with the US inspection regime.